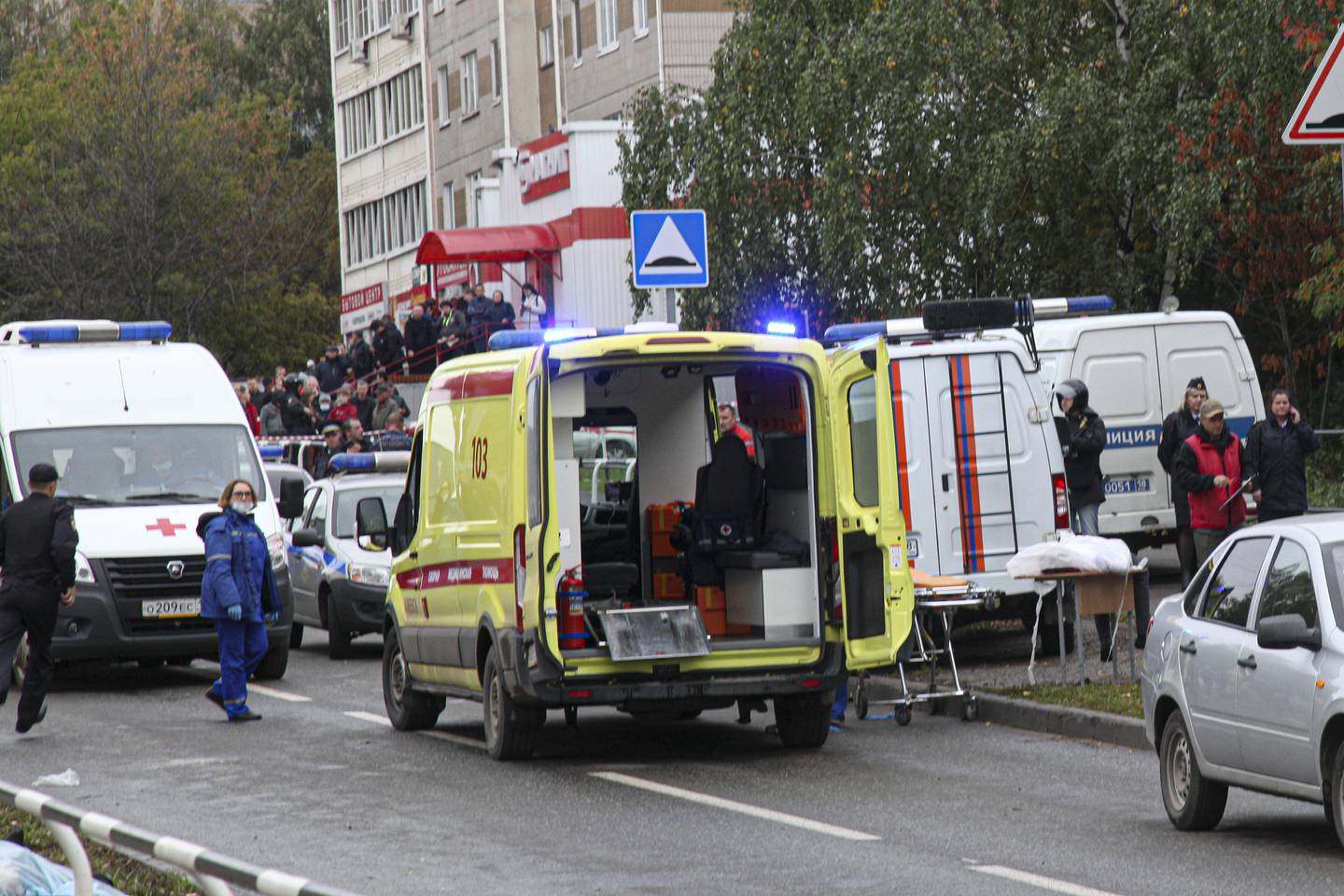 On Monday, a mass shooting at a Russian school killed 13 people, including many children, in an act allegedly committed by a former student, local authorities said.

The shooting at School No. 88 in Izhevsk left 23 other victims wounded, and officials identified the gunman as Artem Kazanceev, who reportedly committed suic*de after the massacre.

Kazantsev, 34, wore a shirt with “Nazi symbols,” according to the Russian Investigative Committee. Alexander Brechalov, governor of Udmurtia, said that the suspect was a patient in a psychiatric hospital.

The authorities did not disclose the motive of the rage in the school serving students from the first to the eleventh grade. Izhevsk is the capital of Udmurtia in central Russia.

According to the National Guard, Kazantsev fired a pair of unlicensed, non-lethal pistols that were modified to fire real bullets.

None of the victims were publicly identified by name or age. The school has been evacuated and an investigation into the m*rder and illegal possession of firearms is ongoing, officials said.

“President Putin deeply mourns the d*aths of people and children in the school where the terror*st act took place,” Kremlin spokesman Dmitry Peskov said on Monday.