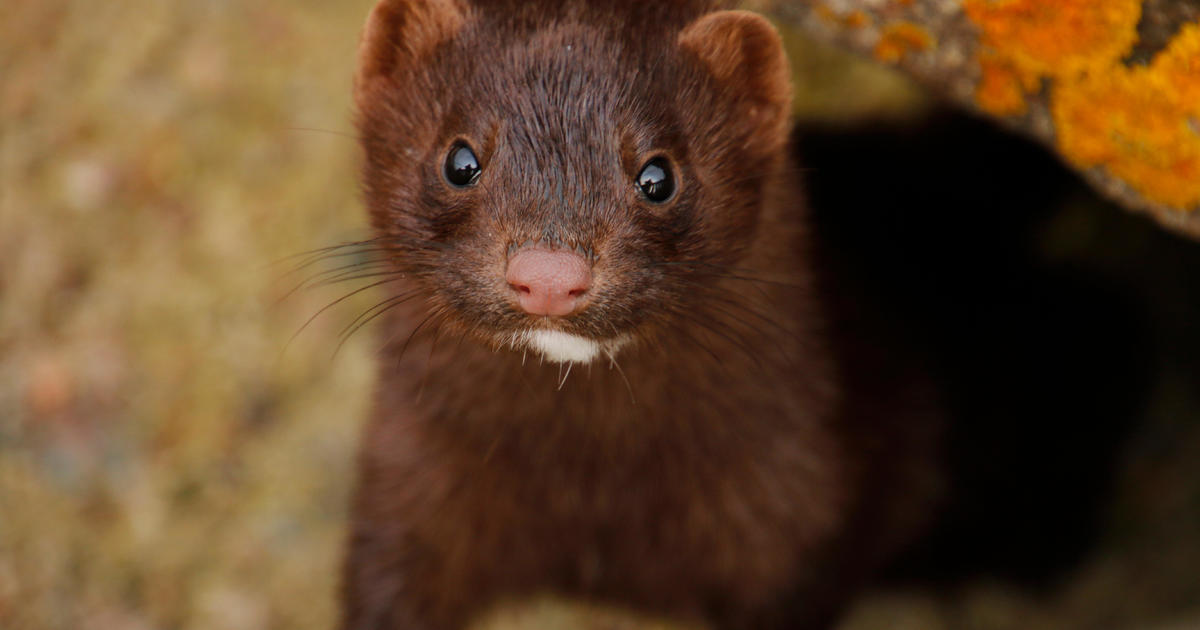 So many minks died crossing a nearby road that a plow was brought in to help remove the carcasses, Van Wert County Sheriff Thomas Riggenbach said.

Riggenbach said the property owner initially estimated that between 25,000 and 40,000 minks had been released from cages at Lion Farms. But he said farm workers were able to collect much of what was left over on the property, which is less than 15 miles from the Indiana state line.

He declined to discuss any potential motive for the late-night vandalism or say whether a suspect had been identified during his office’s investigation.

Farm manager told CBS Fort Wayne, an Indiana WANE-TV affiliate someone had left a spray-painted message with the letters “ALF” and the phrase “we’ll be back.”

Calls to the phone number provided for the farm went unanswered on Tuesday and no messages were accepted.

The sheriff’s office initially warned area residents to be wary of flocks of poultry, small pets and koi ponds that could be infested with minks, but later said released minks are considered domesticated and likely lack the ability to survive in the wild.

The sheriff urged those who spot them not to approach them and to contact the farm or trappers for recapture. He said residents who wish to hunt or mink must ensure they understand the related rules and exceptions that apply in their area.

WANE spoke to Joseph Buddenberg, who he says is a member of the North American Animal Liberation press office who claims to have previously released animals from farms.

Buddenberg has provided insight into the mindset of those taking animals off farms, the station says.

“The only humane thing to do when visiting a fur farm is to open every cage and release all animals,” he is quoted by WANE.

Buddenberg, who spent two years in federal prison for animal escapes, told WANE. He once traveled around the country with another person in an attempt to “liberate” fur farms and free animals.

Buddenberg claimed that people who do such things are trying to free the animals from poor conditions and “dirty little wire cages”.

In response to claims that minks cannot survive in the wild because they are domesticated, Buddenberg said they “speak from both sides of their mouths.”

“They say these animals cannot survive, but they also say they hunt and kill every animal within 20 miles,” Buddenberg said. “So which one is it?”