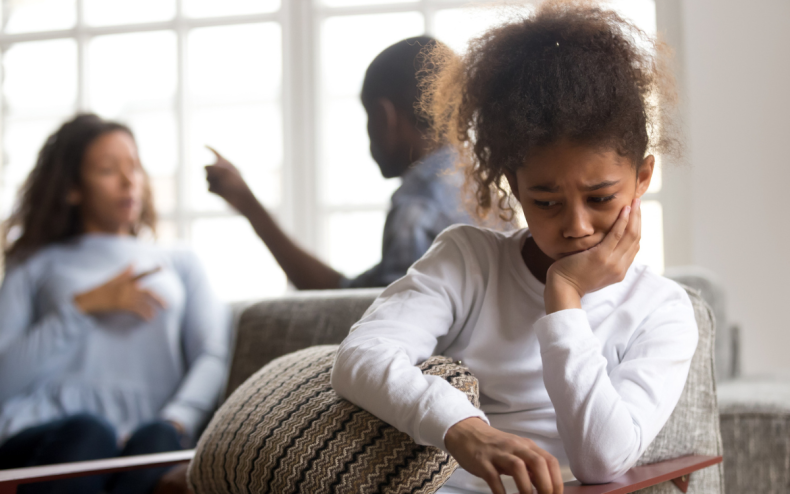 A stepmother stirs up controversy on social media after she refused to pay for her husband’s children to go on a dream vacation with them.

The woman, who recently made some money, was happy to pay for her biological children to go on a trip, but told her partner to “start saving” if he wants his children to come.

Some romantically engaged couples draw a line in sharing their finances, which can lead to conflict.

According to the 2015 Stress in America study by the American Psychological Association, 31 percent of adults who have partners say money is the main source of stress in their relationships. trust his partner.

Writing under the handle of BananaFluff in a post shared with Mumsnethis unhappy wife revealed that she had recently inherited some money which she plans to use to take her children on a “once in a lifetime vacation”.

However, she does not want to pay for her stepchildren’s trip and has admitted that she doesn’t even want them to go on a trip because it would “change the vibe” given the age difference between her young children and her husband’s older children.

But when she mentioned the plan to her husband, he asked if he could take his children with him and even “offered payment” to get around her refusal to raise the cash.

“Reluctantly,” she said yes, but now thinks her husband should pay more for the trip. They raise one child together.

One of the leading experts was concerned about the situation, although he suspected that there might be some kind of understanding between the couple.

Ron Deal, therapist, podcaster and co-author A smart guide to financial planning for a foster family, told Newsweek: “The way money is used in a blended family communicates love, the importance of new family members, who has purchasing power (and who doesn’t), and the boundaries around who is considered in the family and who outside her.

“In general, generosity on the part of a stepparent towards stepchildren, for example, communicates inclusion in the family and a commitment to care for them. Financial goodness is a good investment in a growing family identity.”

While Deal acknowledged that there may be a situation that “requires the use of money only for the few, it is best to share family harmony.” He also believed that a woman should consider the problem from the position of “what is fair and not equal”.

“Being fair means using money to provide love for all family members in a way that matters to them, conveying value and worth to each child, and acting in a way that shows commitment to marriage and family.”

The reaction on social media was less diplomatic to say the least. Swedish Edith criticized the woman’s approach, writing: “It’s extra money. Just pay for your vacation and stop wondering who should pay for what.” Meanwhile, PrettyLikeIt commented, “If you were the adoptive parent of my children and you were so disrespectful to them, I wouldn’t want you in my life, let alone on vacation.”

WhenDovesFly was similarly scathing, saying, “Imagine your husband got a small inheritance and he said ‘let’s save this and treat our DC couple together for a once in a lifetime vacation,’ they said, ‘Then he says ‘start saving because you’ll have to pay half.”

Theydontspeakforus added: “If you and your husband ever break up, imagine someone else thinking this way about your children.”

Newsweek was unable to contact Bananafluff to verify the details of the case.

If you have a similar family dilemma, please let us know via life@newsweek.com. We can ask experts for advice and your story can be featured in Newsweek.