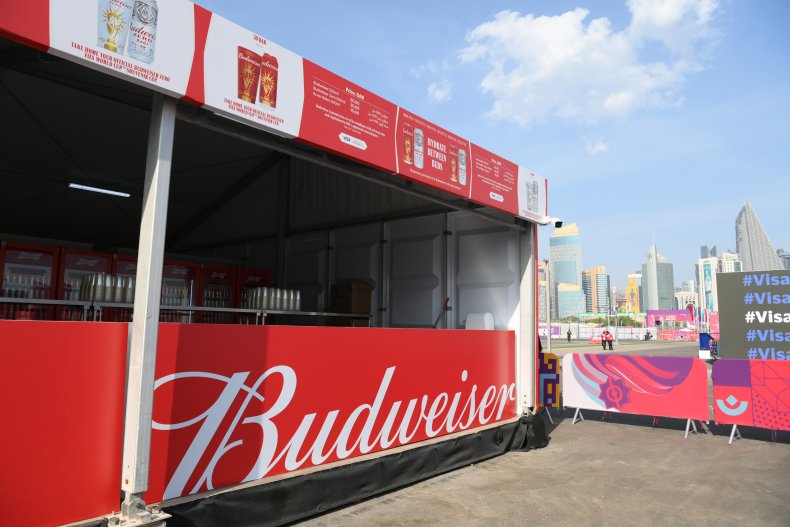 Budweiser will hold a celebration for each country that wins the FIFA World Cup, with the company’s huge stock of beer. Qatar has restricted its sale in stadiums during the soccer championships.

Qatar, which hosts the football tournament, changed its policy on the sale of alcohol during matches last week. Budweiser initially planned to sell drinks in fan zones and stadiums during the tournament.

But Qatar said last week that the sale of alcohol to most fans would be banned in stadiums.

The move was met with scorn from fans – some of whom traveled from around the world to Qatar, where alcohol is generally restricted, to watch the championships – as well as from the beer company, which has a $76 billion sponsorship deal with FIFA.

Since the company has a large stock of beer that cannot be sold during the tournament, it is now ready to offer the country that wins the football tournament a “celebration” with leftover product.

“Where there is celebration, there is always Budweiser. In this spirit, Budweiser wants to bring this celebration from the FIFA World Cup stadiums to the fans of the winning country,” a Budweiser spokesman said in a statement to Newsweek.

Beer first announced the celebrations in tweet on Saturday, attaching a photo of a large amount of beer stored in the warehouse. The spokesman did not say how much beer would be given out during the victory celebration.

“New day, new tweet. The winning country receives the buds. Who will get them?” Budweiser wrote on Twitter. A Budweiser spokesman said more information on the initiative would be announced closer to the finals of the tournament.

Budweiser owner AB InBev previously said he was told on November 12 to “take less exposure” to his stands ahead of the start of the World Cup. In response to the policy change, Budweiser tweeted: “Well, that’s awkward.”

Sky News previously reported that the decision was made as many fans from the Middle East and South Asia, where alcohol “doesn’t play such a big role in the culture”, will travel to Qatar to watch the matches.

A video of Ecuadorian fans demanding the sale of alcohol during the championship has gone viral on social media. In the video, fans could be heard chanting “Queremos cerveza, queremos cerveza”, meaning “We want beer, we want beer.”

Budweiser in a tweet called the singing “music to our ears.”