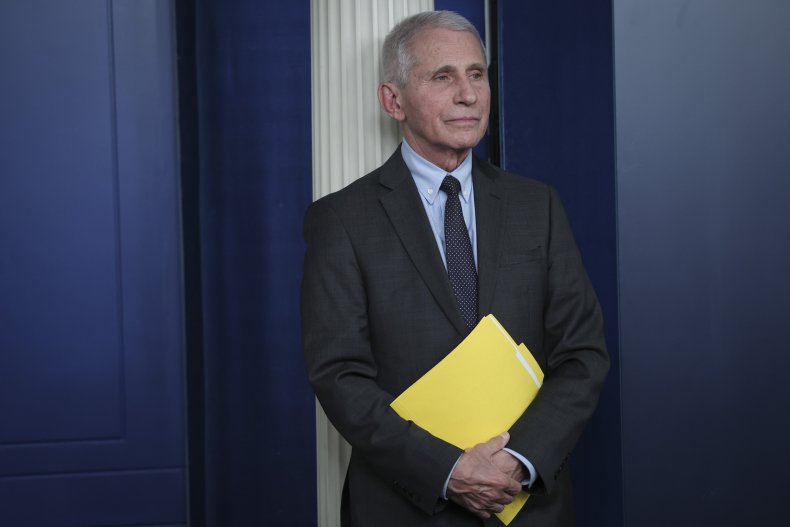 Dr. Anthony Fauci sparked a conservative outcry by suggesting that Americans get tested for COVID-19 ahead of Thanksgiving and the winter break during his final press conference before retiring after five decades of government service.

Fauci, the country’s leading infectious disease expert, is resigning at the end of the year as longtime director of the National Institute of Allergy and Infectious Diseases and chief medical adviser to President Joe Biden. On Tuesday, he suggested that Americans should consider the elderly or immunocompromised and get tested for COVID before attending Thanksgiving and other holiday gatherings this year.

“When we get together for a family reunion for Thanksgiving, Christmas, or any pre-winter holiday,” Fauci said in the White House briefing room, “it makes sense that you might want to take a test that day before you arrive at where you might stay.” infected and spread it… for protection.”

Prominent conservatives, including some Republican lawmakers, soon took to social media with outraged reactions to the doctor’s suggestions.

“Dr. Fauci Says You Should Take a COVID-19 Test Before Thanksgiving Family Dinner” – Conservative Talk Show Host Clay Travis tweeted while sharing a video clip of Fauci’s comments. “I don’t think I’ve ever hated anyone more in American politics than Fauci. Honestly, not even close to a second.”

Republican Senator Ted Cruz of Texas responded to Travis’ tweet sharing an image of a “Come and Take It” flag in the style of the Texas Revolution modified to include a turkey for Thanksgiving.

“Dr. Fauci says Covid-19 test should be done before Thanksgiving dinner with family” tweeted @wendelltalks. “Who else could care less about what he has to say?”

“If Fauci says to do it then I know what I’ll do instead” @The_Spackman tweeted. “I’d rather catch covid than take another test.”

“As he prepares to retire, Anthony Fauci signs off advising people to take a COVID test before Thanksgiving dinner with family members” tweeted Ben Kew, editor-in-chief of the conservative media platform El American. “I think it’s safe to say that even most bed-wetting and diaper-wearing Democrats will ignore this.”

“Arrest him for crimes against humanity” tweeted @Michell77426135.

Fauci also suggested that Americans should maximize their protection against the virus by getting COVID-19 booster shots, while saying “the real danger lies in people who haven’t been vaccinated.”

Republican Representative Marjorie Taylor Greene of Georgia responded to Fauci’s warning about the unvaccinated by tweeting “I’m not vaccinated” 12 times next to the doctor’s commentary video clip.

Broaddrick, whose own account was reactivated by Elon Musk’s Twitter account after he was suspended for spreading misinformation about COVID-19, tweeted “Happy Thanksgiving…lol” alongside a photo of a cake that read “unvaccinated and ready to talk politics.” .

“Come to my house Juanita!” Greene replied. “We will call our gathering Pure Blood and Politics. We’ll be cooking and discussing how we’ll survive another upcoming dark winter that Fauci has just announced.