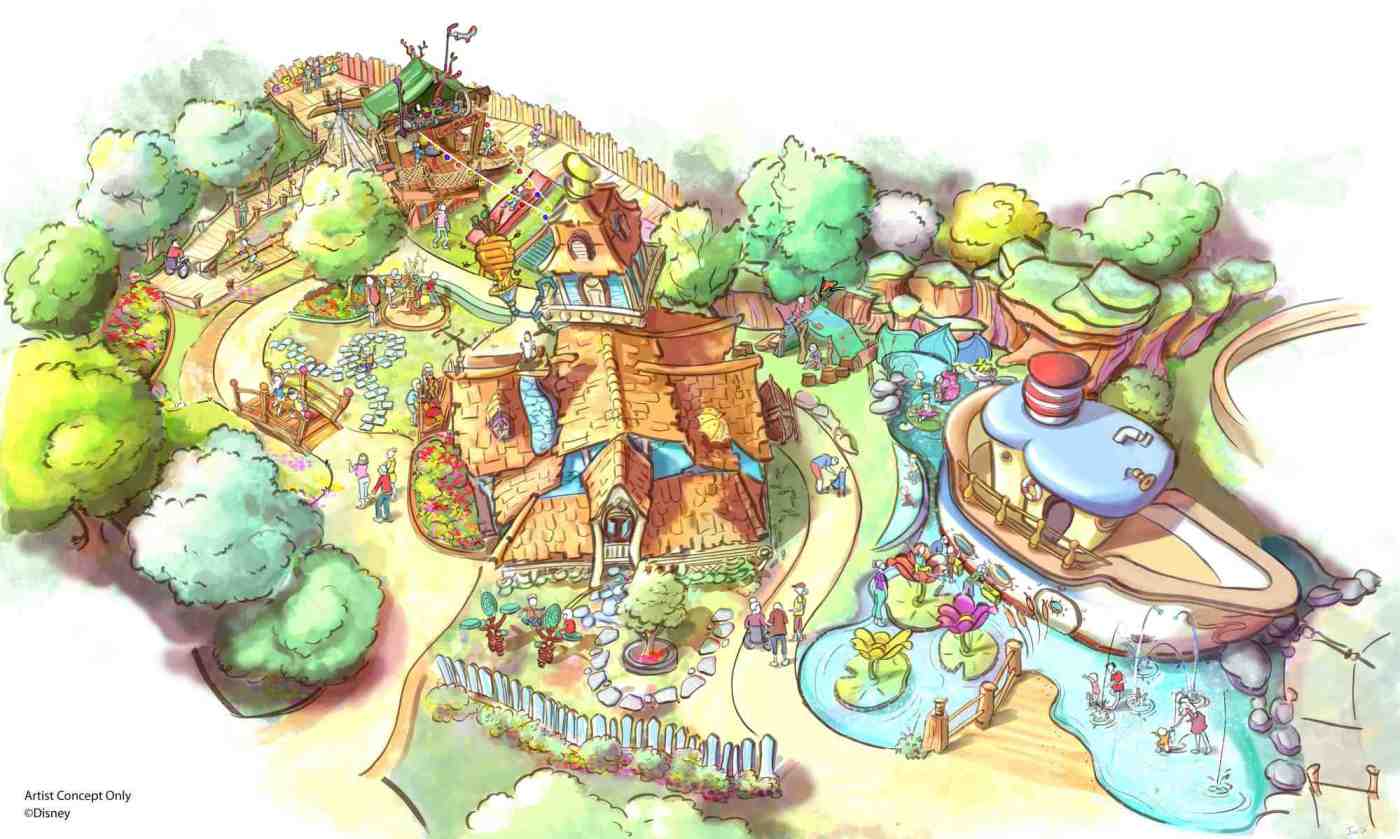 One day less than a year after closing, the reimagined Toontown will reopen at Disneyland on March 8, Disney officials announced today, November 18.

The centerpiece will be the trackless Mickey & Minnie’s Runaway Railway, which opens in front of the land on January 27 and puts visitors in the middle of a crazy Mickey Mouse cartoon.

A whimsical land with no straight lines on structures, inspired by the 1988 mystery comedy film Who Framed Roger Rabbit, will now feature a grassy playground for young children.

An interactive water playground with the Centoonial Park fountain near the entrance to Toontown will come to life on a regular basis. Water will gush from the shells, flowers and cartoon fish mouths in the fountain pool. Mickey will hold Minnie up in a ballerina pose on top of the fountain.

Next door, the Good Boy Grocers Market, named after Mickey’s dog Pluto, will sell takeaway drinks and snacks. Cartoon hands in white gloves will appear on the roof of the town hall, beating bells with hammers, pulling out whistles and shooting cannonballs. The golden piggy bank jumps over the roof of the bank.

Goofy’s House and Donald Duck’s Boat will be converted into playgrounds for children.

Goofy’s House will be re-imagined as a candy store with a chaotic Rube Goldberg-like device inside to run a candy operation.

Nearby, Donald’s boat crashed into a duck pond next to Goofy’s house. The boat will be filled with water and will leak from the inside. The resulting water playground will feature swirling water lilies and dancing fountains. Visitors will no longer be allowed to board or board the boat.