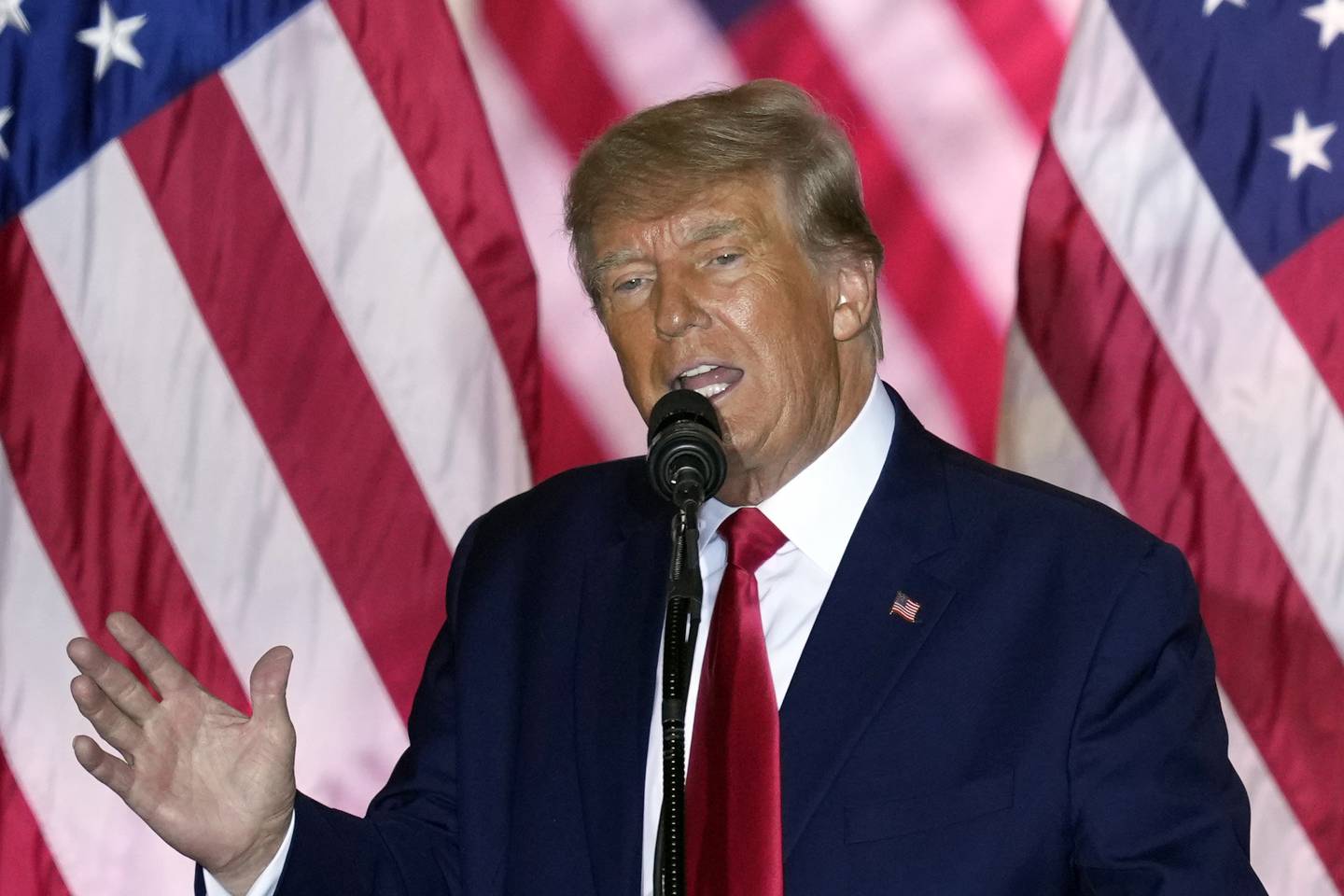 As former President Donald Trump announced his next bid for the White House, he infused his 63-minute speech on Tuesday night with an array of false information, conspiracy theories and outright lies.

Here’s a quick rundown of some of Trump’s harrowing moments.

Addressing supporters from the gilded ballroom at his Mar-a-Lago estate, the 45th president mostly dismissed the lie that defined his post-2020 personality: that he defeated Biden in an election he actually lost.

But his suggestion that China played a role in the 2020 race – which drew cheers in Mar-a-Lago – does not appear to be based on evidence.

declassified report published by the Office of the Director of National Intelligence instead stated that China had not interfered on either side and had “considered but not deployed” a tampering operation.

Trump, who has a long history of overstating, perhaps could define the exaggeration as a matter of rounding to the nearest 50. But inflation has not reached its highest level in half a century.

The inflation rate for the year ending October was the highest in 40 years, according to data from the Department of Labor.

The wall Trump promised to build along America’s southwestern border was not completed during his presidency – about 280 miles remained unfinished by the end of his term, according to Customs and Border Protection report obtained by CNN.

Number of crossings on the south-western border identified by Customs and Border Protection rose to around 2.4 million in the last fiscal year. However, there is no evidence that the total number of people crossing the borders of the United States was close to 10 million.

This election promise was for the Green New Deal, a proposal made by Congresswoman Alexandria Ocasio-Cortez, a New York Democrat, and Senator Ed Markey, a Democrat from Massachusetts. But the Green New Deal, an expansive environmentally friendly agenda announced in a 2019 Congressional resolution, has not passed.

Biden did not sign on to the Green New Deal, although he approved the nation’s most expansive investment in fighting climate change.