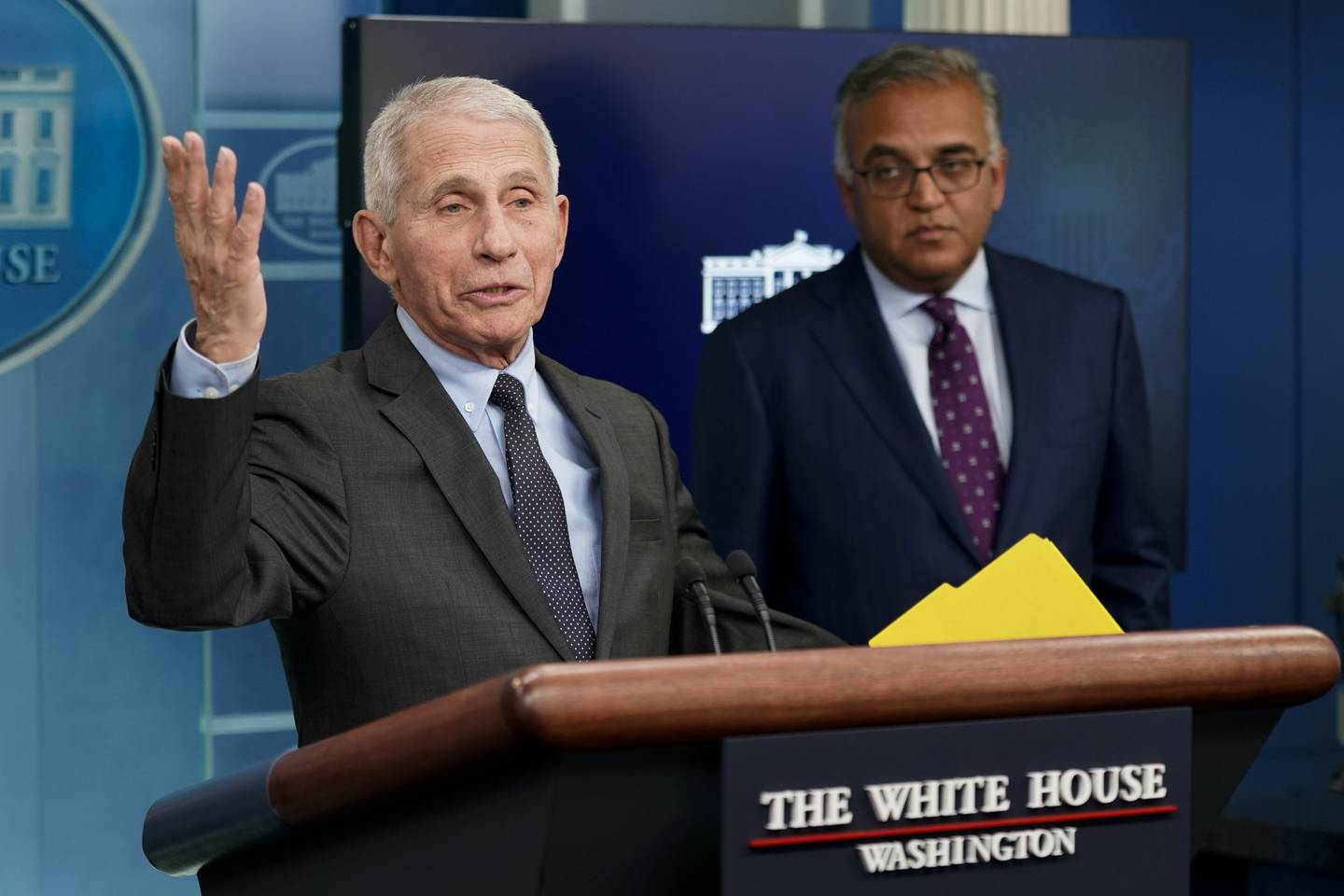 The pandemonium in the press room began when Diana Glebova of the Tucker Carlson-founded media channel Daily Caller tried to question Fauci about the origins of COVID-19 while he was offering advice to the public on how to protect themselves from the infection.

This prompted Fauci to step down while Jean-Pierre intervened.

“Wait a minute, we have a trial here,” she said. “I don’t call people who scream.”

Jean-Pierre seemed to be addressing Glebdova, who was off-camera, when she said that Fauci’s limited time with reporters was being wasted by interruptions. An 81-year-old Brooklyn resident is retiring after more than half a century of service at the National Institutes of Health.

“You are disrespectful to your colleagues and our guests,” a White House spokeswoman said.

“I heard your question, but we’re not doing it the way you want,” Jean-Pierre said.

In March, Ateba was widely ridiculed after he asked at a press conference if the White House would condemn actor Will Smith for punching comedian Chris Rock at the 94th Academy Awards. He was told that President Biden did not watch the show and did not comment on the situation.

As he continued his COVID-19 investigations on Tuesday, Jean-Pierre declared: “Simon, I’m done with you!”

The NIH has previously addressed the origins of the COVID-19 pandemic, but has provided answers that have dissatisfied some reporters – particularly those in right-wing establishments. The ultra-conservative InfoWars host Alex Jones is among the broadcasters who have suggested the virus was created as a “bioweapon” in China.

“Unfortunately, because the origin of SARS-CoV-2 has yet to be identified, misleading and false allegations have been made about NIAID-supported research into naturally occurring bat coronaviruses.” reports the NIH. “Research evidence suggests that SARS-CoV and MERS-CoV originated in bats.”

Congressional Republicans, who took control of the House of Representatives in January, said they would continue to question Fauci about his response to the COVID-19 pandemic, even though he will no longer be director of the NIAID.