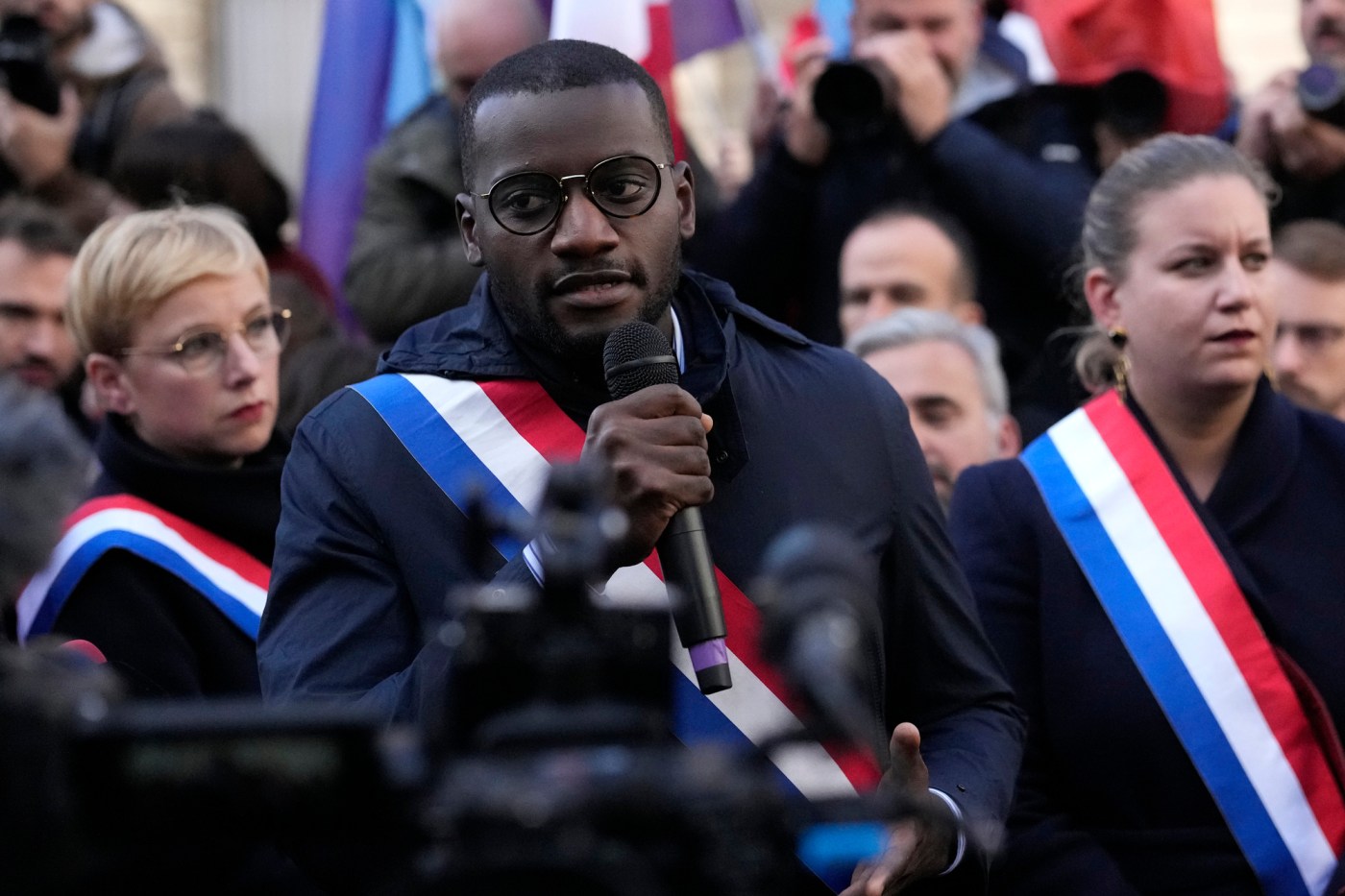 PARIS – A French far-right MP has been suspended from parliament for 15 days, the maximum penalty, after making a racist remark in a legislative session causing condemnation from across the political spectrum.

Gregoire de Fournas of the far-right National Convention Party was heard shouting the words “back to Africa” ​​to his fellow lawmaker when Carlos Martens Bilongo, who is black, questioned the French government on Thursday over immigrants left at sea.

Bilongo said the remark “hurt him very much.”

Other politicians, including the French president, said they were shocked by de Fournas’ statement, which raised new questions about xenophobia on the far-right and other parts of French society.

His words caused immediate confusion in the National Assembly, prompting the chairman of the legislature to suspend the session.

National Assembly board members said Friday they were unanimously giving de Fournas the maximum penalty, a 15-day suspension. De Fournas tweeted that he is “innocent” and believes the decision is “very unfair”.

Due to acoustic problems, it was unclear whether de Fournas said Bilongo should return to Africa or migrants should.

De Fournas said he meant migrants going to Europe rescued at sea, not his fellow legislator.

“I fully support my comments on our country’s anarchic migration policy,” he wrote on Friday on Twitter.

French anti-racist groups insisted that, anyway, the remark echoed the well-known invective that blacks were ordered to return to Africa, regardless of where they were born or had citizenship.

Bilongo, a member of the far-left party France Unbowed, attended Friday’s rally near the National Assembly, convened by his party for a show of support.

“I am torn between joy and sorrow,” said Bilongo. “Because I received many messages of support during the night … because I can see all these faces here that express solidarity with me.”

Bilongo said he had received thousands of messages after the incident from people who told him they heard similar comments in their daily lives. He praised the immediate anger response shown by the vast majority of lawmakers across the political spectrum.

“The National Assembly remains, despite some efforts to normalize this far-right party, deeply racist and xenophobic,” it wrote.

The presidential palace at Elysee said French President Emmanuel Macron was shocked by words he considered “unacceptable in or outside the congregation.”

French Interior Minister Gerald Darmanin said he was “extremely shocked”, telling BFM television that for the first time in his 15 years of political life he had heard such “shameful” words in parliament.

The National Rally is the party of the far-right leader Marine Le Pen, who lost her third candidacy for president of France to Macron in April. However, the subsequent parliamentary elections in France led to a major breakthrough for the party, which won 89 seats in the 577-seat National Assembly, down from eight.

Le Pen tweeted that de Fournas was “obviously talking about migrants being shipped by NGOs.”

“The controversy caused by our political opponents is blatant and will not deceive the French,” she said.

Over the past decade, Le Pen has tried to make her party more enjoyable to the mainstream right by trying to remove the stigma of racism and anti-Semitism that clung to the party under her now ostracized father, Jean-Marie Le Pen.

The members of the National Congress are to meet in Paris on Saturday to elect a new party leader. Le Pen said she planned to focus on leading party legislators in the National Assembly.