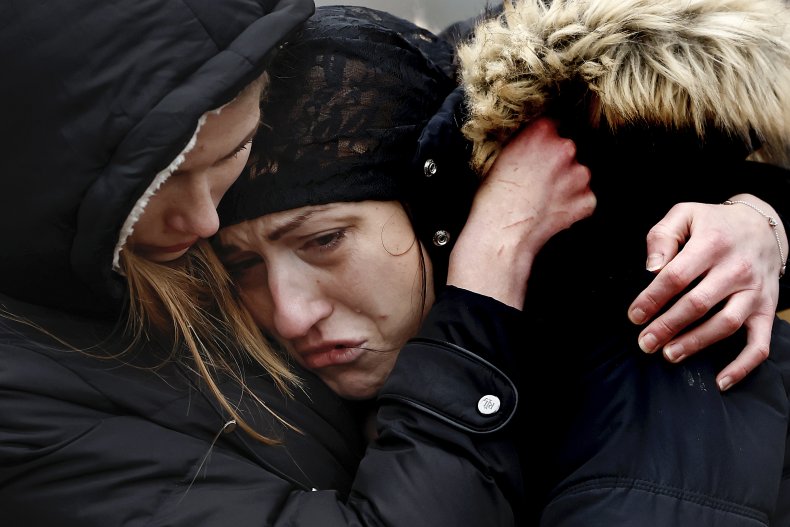 If you’re under 65, you probably don’t remember the worried look on your mother’s face during the Cuban Missile Crisis or how you felt crouched under your school desk during a civil defense exercise. That’s probably a good thing, but it left many Americans with insufficient fear of what nuclear war and its aftermath would look like.

On Christmas Day 1991, then Russian President Boris Yeltsin seized control of the Soviet nuclear suitcase, the suitcase containing the launch codes of the Soviet Union’s nuclear weapons. Yeltsin, whose contribution to world peace has largely been forgotten, immediately announced that the Soviet Union’s vast nuclear arsenal would no longer be aimed at the West. The world breathed a deep breath of collective relief. The threat of a strategic nuclear conflict between East and West seemed to have passed.

Last month, President Joe Biden warned that humanity is closer to nuclear Armageddon than at any time since the Cuban Missile Crisis. We should take him seriously.

Despite decades of disarmament negotiations, Russia and the United States still possess vast nuclear arsenals that account for about 90 percent of the world’s nuclear weapons. While the number of nuclear warheads has indeed decreased, their destructive power and delivery capability have not. Russia has huge stocks (some 2000) tactical nuclear weapons ranging in size from artillery shells to warheads mounted on cruise missiles. Moscow has also invested in various advanced delivery systems, including Kinzhal hypersonic air-to-surface missile, Avangard hypersonic glider, massive Sarmatian a ballistic missile named after a particularly barbaric Russian tribe i Nuclear Poseidon torpedo, which is actually a 70-meter long unmanned nuclear-powered submarine. All of these weapons have been in development since the fall of the Soviet Union.

Comparing these modern weapons to the b*mbs dropped on Japan is like comparing your daughter’s Tesla to your grandfather’s Ford Model T. They’re both cars, but that’s it for comparison. In 1945, the B-29 Enola Gay dropped an atomic b*mb equivalent to 15,000 tons of TNT on Hiroshima. He destroyed almost everything in within three miles and killed 145,000 people. Today, the destructive power of atomic b*mbs often exceeds 1,000,000 tons of TNT. Modern delivery systems are equipped with multiple independently guided warheads capable of hitting several cities at once. If your concept of nuclear war is to destroy Hiroshima, you are woefully out of date.

The initial damage caused by even moderately powerful modern nuclear weapons is difficult to grasp. Hundreds of thousands would die in the initial burst of radiation and intense heat. The resulting fires would cause multiple simultaneous firestorms, such as those that engulfed Tokyo and Dresden. Overpressure from the blast and hurricane-force winds would destroy buildings and people 20 miles from the blast. The iconic mushroom-shaped cloud would disperse the radioactive fallout hundreds of kilometers. None of this is speculation or controversy.

Many are surprised by the extraordinary damage to the environment caused by nuclear war. Dust, ash and soot from nuclear explosions would reflect the sun’s heat back into space, causing global temperatures to plummet. The respected Bulletin of the Atomic Scientists estimates that a limited nuclear war, such as that between India and Pakistan, would produce enough ash to cool the Earth by 1 degree Celsius. A strategic nuclear conflict between the United States and Russia could drop the temperature by as much as 8 degrees Celsius, below the temperature of the last ice age.

As the planet cools, the impact of nuclear war would spread in countless ways. The most important result would be global famine. Lower temperatures will lead to shorter growing seasons and lower yields. Less heat would mean colder oceans, less evaporation and less precipitation. There would be fewer ice-free ports and more frozen rivers. Solar and hydropower production would decline. Nuclear war would also wreak havoc on global supply chains and create shortages far greater than what happened during COVID-19.

Proponents of war in Ukraine “as long as it takes” make three dubious assumptions, each more dangerous than the last. The first is the belief that Russia will never use tactical nuclear weapons because it would provoke an overwhelming conventional response. The second is the view that any nuclear exchange would be prevented, and the third is the assumption that even more nuclear exchanges would be survivable.

In Moscow, war is considered an existential struggle, and a cornered snake will strike even if you are holding a large stick. No Russian government, present or likely in the future, will accept outright defeat. During his speech at Moscow’s Valdai Discussion Club last week, Russian President Vladimir Putin stressed that as long as nuclear weapons exist, there will always be a danger of their use. Dozens of nuclear war simulations, some of which we have participated in, have consistently shown that “limited” nuclear conflicts tend to escalate into strategic exchanges. Furthermore, the Bulletin of the Atomic Scientists predicts an immediate d*ath toll of 27,000,000 even in the event of a limited nuclear war between India and Pakistan with an all-out exchange between Russia and the United States ending the world as we know it.

The Russian withdrawal from Kherson was a tactical retreat in preparation for a major offensive when the ground freezes over. Nevertheless, we still have time to end this proxy war between NATO and Russia before we run into a major conflict. A recent incident in Poland where two people died in an explosion (which is still happening) shows how easily this could have happened. The proposal that Russia must withdraw from all occupied territories before negotiations begin is unacceptable. The withdrawal of Russia and the neutrality of Ukraine are precisely the issues that need to be negotiated. The United States is the quartermaster of Ukraine. The notion that we have no influence on how this conflict ends is disingenuous. It’s time to call our diplomats.

David H. Rundell is a former chief of mission at the US Embassy in Saudi Arabia and author of Vision or Mirage, Saudi Arabia at a Crossroads. Ambassador Michael Gfoeller is a former political adviser to US Central Command. Fluent in Russian, he served fifteen years in Eastern Europe and the former Soviet Union.

The views expressed in this article are those of the authors.