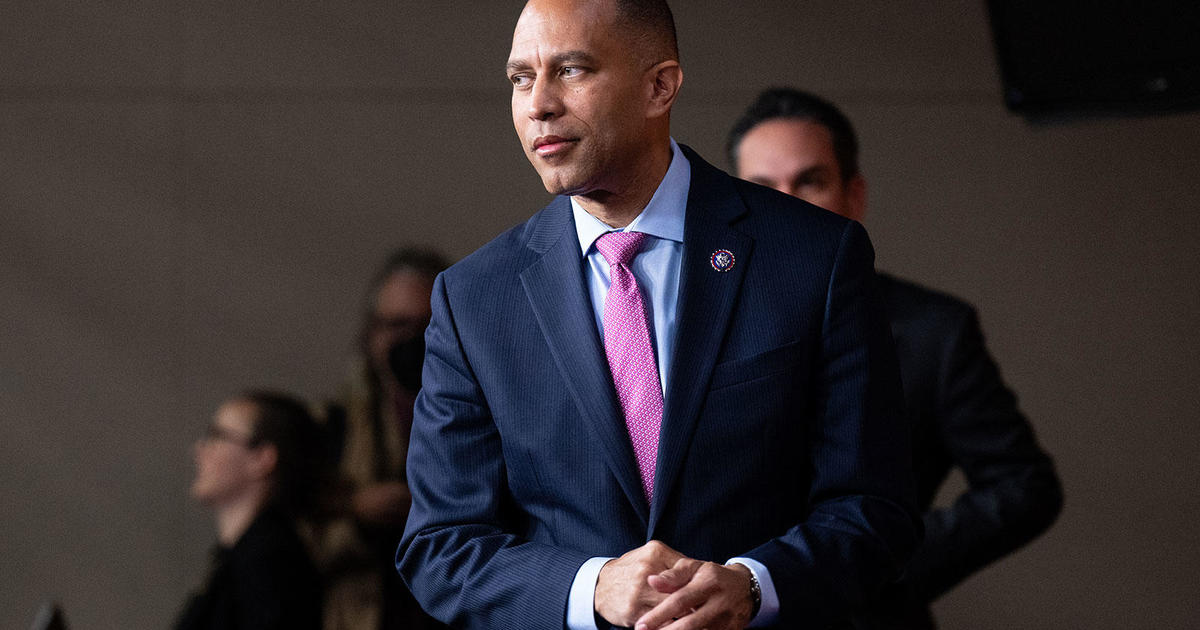 FROM Speaker of the House of Representatives Nancy Pelosi and House Majority Leader Steny Hoyer step down from their leadership roles in the next Congress, members of the “new generation” of House Democrats are stepping onto the plate, as Pelosi puts it. Representative Jim Clyburn also hinted that he was resigning his position as whip but could remain leader.

Representative Hakeem Jeffries, a 52-year-old New Yorker, is running for the top leadership position in the Democratic Party as Republicans are expected to take the House. No one has yet officially announced any plans to run against Jeffries, who was considered the favorite for the position should Pelosi leave. Jeffries, currently the fourth-ranked Democrat in the House, would be the first leader of the Black House Democrats.

According to Jeffries’ adviser, on Friday morning Jeffries sent individual letters to each of his Democratic colleagues outlining why they should choose him as their next leader.

Representative Katherine Clark of Massachusetts, now a 59-year-old assistant speaker, is running for the second seat in the House of Representatives.

Pelosi endorsed Jeffries, Clark and Aguilar to lead the club, as did Clyburn.

“I said on the floor yesterday that it’s time for a new generation to lead our great Democrat caucus in the House of Representatives,” Pelosi said in a Friday statement. “It is with pride, gratitude and faith in their abilities that I salute Chairman Hakeem Jeffries, Vice Chairman Katherine Clark and Vice Chairman Pete Aguilar for their willingness and willingness to take on this incredible responsibility.”

At this point, it’s unclear who else might jump into racing. Democrats in the House of Representatives gather after Thanksgiving on November 30 and December 1 to vote on their leadership.

Meanwhile, Home Minority Leader Kevin McCarthy has he won the Republican nomination for speaker, but still needs to get at least 218 votes in the next Congress – and a handful of Republicans are signaling they will decline. Republicans will have a smaller majority than many expected before the midterm elections, making the race for speaker more difficult for McCarthy.

Kathryn Watson is a political journalist for CBS News Digital based in Washington, DC