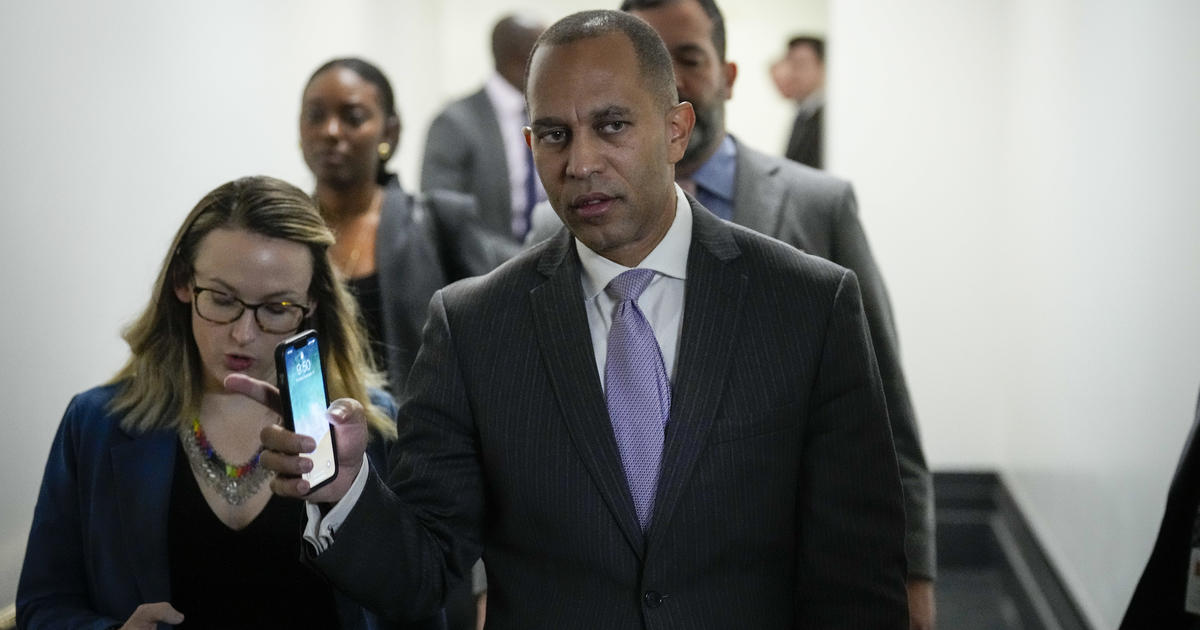 Democratic Representative Hakeem Jeffries of New York is expected to file a formal bid for House Minority Leader on Friday, according to a person familiar with his plans. The much-anticipated official announcement comes a day after House Speaker Nancy Pelosi, 82, one of the longest-serving party leaders in history, announced that she would not be running for the executive position in the coming Congress, where the Democrats will be the minority party.

Jeffries, who represents New York’s 8th district in Brooklyn, currently serves as chairman of the Democratic caucus, the fifth-highest-ranking Democrat in the House of Representatives.

The Democratic leadership election in the House of Representatives will take place on November 30. To be elected Minority Leader, a candidate must win a majority of the votes present and voting.

If elected leader, Jeffries will be the first black MP to lead a party in Congress.

Delegate Katherine Clark and Congressman Pete Aguilar are two other Democratic lawmakers who could drop their names for leadership positions.

Pelosi said Thursday that “the hour has come for a new generation to lead the Democratic caucus.”

Majority Leader Steny Hoyer, 83, the second-highest-ranking Democrat in the House of Representatives, also announced on Thursday that he would not run for the leadership position, kicking off the current battle for control. Hoyer endorsed Jeffries for the role.

Minority Whip Jim Clyburn, who is also 82, said Thursday he will support the next generation of leaders, including Jeffries, Clark and Aguilar. He did not comment on his plans for the future.

Unlike other leadership positions, the speaker must be elected by a majority of all 435 members of the House, not just those of the majority party. If all 435 MPs are present for the election, Republican leader Kevin McCarthy, who was running to be the next speaker, will need to win at least 218 votes, which could prove difficult given his party’s advantage. estimated slim majority.

Nikole Killion is the Congressional Correspondent for CBS News, based in Washington, DC