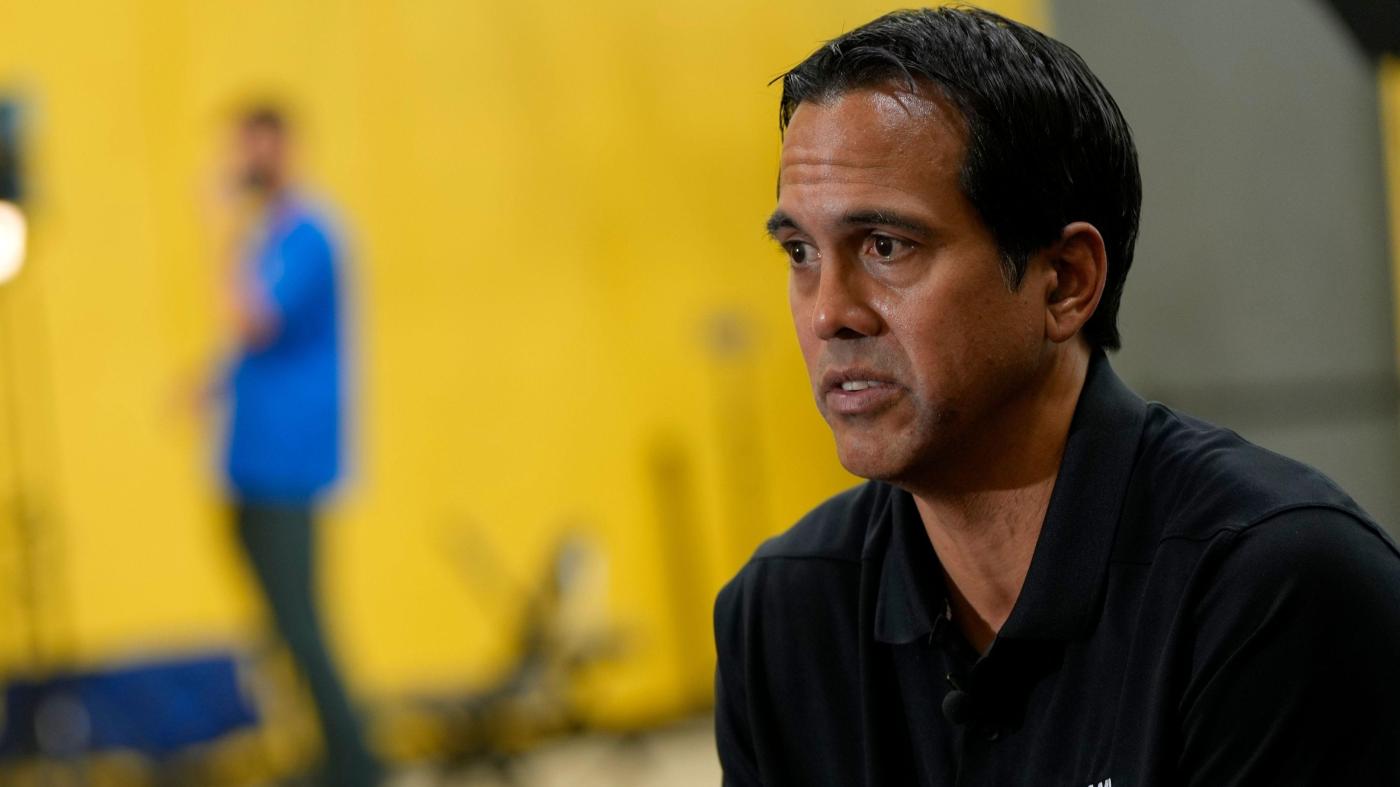 The Miami Heat media day started on Monday when coach Erik Spoelstra left due to the birth of his third child. Spoelstra will also not be able to attend Tuesday’s training camp.

He and his wife Nikki Spoelstra gave birth to their daughter Ruby Grace on Monday. No other information was available.

After missing road matches to celebrate his two sons’ birthdays, Spoelstra did not have to return to South Florida this time, instead giving the team the option to join the team’s camp in the Bahamas later in the week.

In July, Nikki Spoelstra revealed on social media that their son Santiago had been diagnosed with Burkitt’s lymphoma, a serious, rapidly growing form of non-Hodgkin’s lymphoma, following an unexpected bowel surgery the day after his fourth birthday.

The c*ncer required months of chemotherapy at the Children’s Hospital of Nicklaus. Nikki Spoelstra announced in July that Santiago’s c*ncer had gone into remission, including the publication of a video of Santiago leaving the ward and getting ready to ring the bell to signal end of treatment.

Spoelstra left the match in late March when Heat announced that one of his sons needed a medical procedure.

Jay Sabol, who served as the Heat coach, has been transferred to the role of vice president of Sports Performance.

Sabol was out of the team for the second half of last season.

Wes Brown, who served as coach in late 2021-22, is now listed in the team directory as the head athletics coach.

Rob Fodor, the team’s shooting coach who was absent from the team last season, working remotely, is again on the team directory.

The NBA changed workplace laws this season to no longer require COVID vaccinations for personal coaching, provided regular testing is carried out.