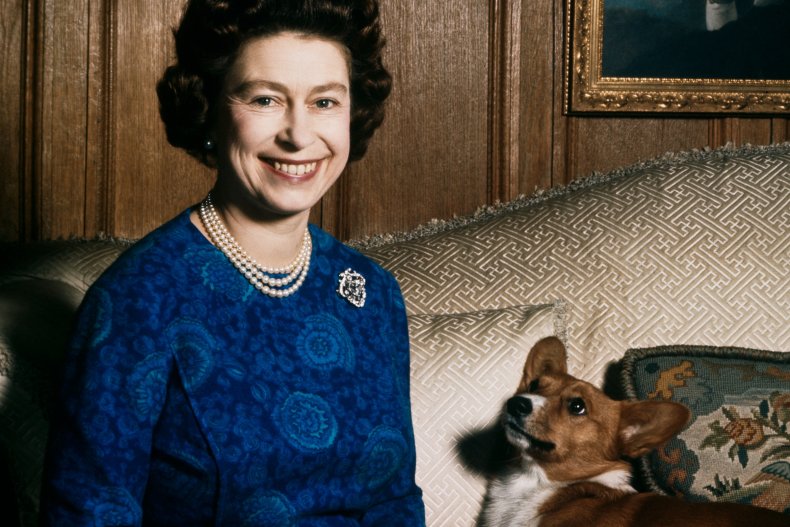 I started working with Queen Elizabeth II in 1983. I got a call from her vet telling me that his client had a pack of dogs that would not stop fighting each other.

He was quite shy at first and didn’t explain who the client was, but as soon as he pointed to the location and breed of the dog – the nine Pembroke Welsh Corgi dogs that lived in Windsor Castle – I was pretty sure it was the queen.

Of course, I felt nervous, anxious and humiliated. Shortly after the telephone conversation, I was taken to the royal residence of Her Majesty. I was introduced to her in the private family rooms of the castle, where she looked through my history and checked my references. The consultation lasted about two hours. She was very passionate and worried that she was not getting on well with her dogs.

In those days, my views on the royal family were quite neutral, unspoken. The British monarchy was simply taken for granted because it has always existed and has been unchanging. But the personal meeting with the Queen made an impression on me; her approachability, her interest in asking relevant questions about me. She calmed me down immediately.

Her Majesty was so skillful at keeping people comfortable, no matter what their role or function. Over the course of her professional years, she has dealt with countless people in various positions; so it was very surreal for her to talk to her about something as personal as her dogs, which I thought was family.

It was clear that the queen was the one who decided everything that happened to her corgi, delegating no one to make decisions about them. I’m sure she needed some help from home to look after them, but it was obvious these were her personal dogs.

At the beginning of the consultation, I made it clear that having nine dogs in one pack, unless constantly supervised by someone appropriately equipped, was too much. She replied quite sharply: “Dr. Mugford, Prince Philip has already told me that I have too many dogs. If I needed advice, I could save on my fee. “

My advice was to reduce the size of the group, and at the same time implement a device that uses compressed air to produce a sound that would interrupt fights between the group. Shortly after our meeting, one of the corgi, Chipper, who was the initiator of the fighting, was sent to Princess Anne’s house in Gatcombe Park, where he lived the rest of his life.

I stressed that she shouldn’t have any more puppies. From time to time, Her Majesty has covered her bitches and I suspected that the temptation to have a few puppies was very strong. The Queen was very soft-hearted, especially to the corgi.

I know she often walked her corgi on a leash, usually three at a time, but I expect they were essentially free within the walls of the castle and palace. The sheer number of dogs was a very impressive sight. Of course, she knew everyone by name.

Her Majesty was to oversee when and where her corgi were fed. I once witnessed a meal and saw the kitchen staff enter a room with a large tray with nine single bowls. They were not standard dog bowls, they were made of porcelain, porcelain and silver.

There was no commercial dog food in sight. They were fed with recipes that Her Majesty herself specified, including homeopathic vitamin and mineral supplements, to ensure their health and longevity. She really was a very practical owner.

In 2016, Her Majesty decided not to own any more corgi and for years she had no company with her beloved dogs.

However, when Prince Philip was hospitalized in 2021, her son, Prince Andrew, gave the Queen two puppies, Fergus and Muick, to cheer her up. When Fergus sadly died, he later gave him another corgi, named Sandy, as a replacement.

I am glad that in recent years she had the company of those dogs she loved so much. I’m glad her corgi helped her get through these difficult times, including the loss of the Duke of Edinburgh. I think psychologically it was so important to her happiness.

I suppose her other two corgi, Muik and Sandy, were used to looking after various other members of the royal family, including the Duke of York. In fact, I am very happy that they will be living in Prince Andrew’s house, the Royal Lodge in Windsor Great Park.

I visited the Royal Lodge to work with Prince Andrew’s Norfolk Terriers three years ago. I saw the environment in Windsor Great Park which is obviously a damn good place for a corgi.

It will be a perfect scenery for these dogs, it is fully fenced and protected against escape. Dogs become very attached to a place, especially to a wider geographic area. It’s kind of like a magnetic compass that tells them where they are in the grand scheme of things. So they’ll know they’re in Windsor even though they’re not in the castle. I think that is an excellent result.

I believe that since most of the care of a dog would be entrusted to domestic staff, especially in the last days of Her Majesty’s life, the corgi will do quite well with the change of circumstances.

Her Majesty was a very nice person. She was clever, perceptive and skillful. I believe that her overriding concern has always been the fair treatment of her horses and dogs. I think her work and sponsorship with various animal organizations throughout her life reflects her unwavering commitment to their welfare.

Dr. Roger Mugford is one of the UK’s leading animal psychologists, author and advocate for animal welfare. You can visit his website here.

All views expressed in this article are those of the author.