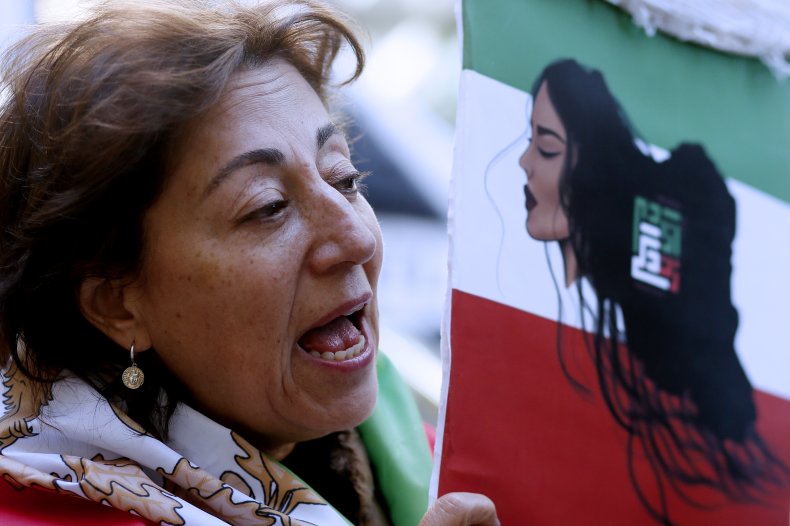 Unprecedented levels of civil dormancy continue in Iran, and protesters in the Southeast marked a massacre in late September, known as “Bloody Friday”.

The video posted by the widely-followed activist 1500Tasvir Twitter account was supposed to show thousands marching again in Zahedan, as did shared clip by Farzina Kadkhodae.

Another 1500 Tasvir movie I read that he was from the city of Hash in the southeastern Sistan-Baluchestan Province. Protesters are shown breaking a street sign bearing the name of Qassem Soleimani, a general who was m*rdered in a US drone att*ck in 2020.

The protests came three days after the Iranian parliament voted to impose the d*ath penalty on some 15,000 imprisoned protesters.

Iranian lawmaker Zoreh Elahian, who voted to sentence the protesters to d*ath, was this week in New York for a UN General Assembly committee meeting that discussed human rights.

The anger at the d*ath of 22-year-old Mahsa Amini on September 16 after her arrest by the moral police sparked demonstrations targeting Iran’s restrictive women’s laws.

A Kurdish woman was arrested on September 13 during a visit to Tehran for allegedly wearing the “wrong” hijab. She was reportedly beaten to d*ath while in custody, although the Iranian authorities denied any responsibility.

The protests have turned into a nationwide movement against the clergy leadership, which faces the greatest threat since the 1979 revolution. Some of the worst acts of violence have taken place in areas inhabited by ethnic minority groups that have held a grudge against the state.

“Iranians find various ways to show their support for anti-regime protests,” BBC journalist Rana Rahimpour tweeted alongside a video in which Iran’s basketball team refuses to sing the national anthem before a match against China.

In October, the UN Special Rapporteur on Iran, Javaid Rehman, said: Newsweek that the international community “has a major role to play” in conveying to the Iranian authorities “that repression and brutality are not the answer.”

“They need to address the real concerns, and women’s rights in Iran would be an important starting point,” said Rehman, responsible for monitoring and investigating human rights violations in the country.

Newsweek contacted the Iranian Ministry of Foreign Affairs for comment.