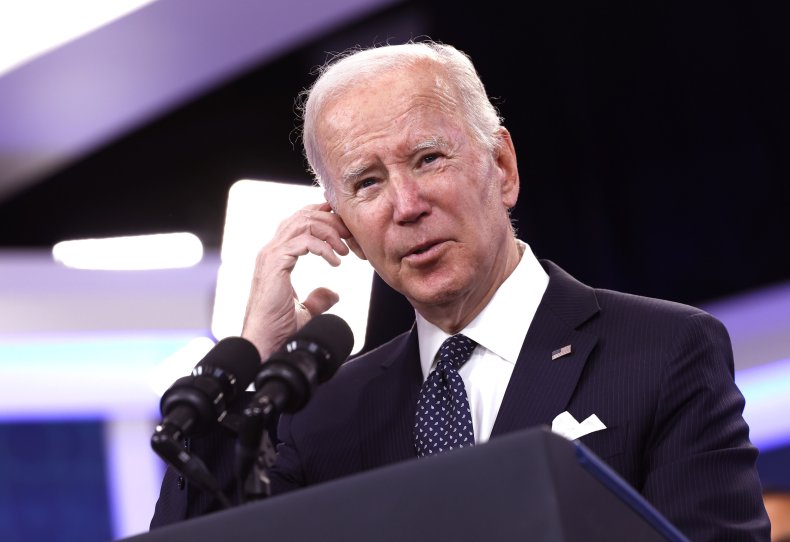 Most Americans blame President Joe Biden for the high level of inflation, according to a new poll conducted Newsweek by Redfield & Wilton Strategies late last week.

A poll on October 30 of 1,500 eligible to vote in the United States found that 61 percent. considers Biden and his “substantially” or “fair” policies to be inflation.

The study also found inflation to be the main issue voters believe will tell about how they vote in the key mid-term elections taking place less than a week from Wednesday.

Another 23 percent said the president was not to blame for inflation at all.

The Redfield & Wilton Strategies poll also asked voters which issue will determine their vote in the upcoming mid-term elections, with inflation being the main concern at 45 percent.

The second biggest concern for voters was ab*rtion (34%), followed by economic growth (24%). The respondents selected up to three items.

The United States has been experiencing high inflation rates for months, with annual rates reaching nearly 40-year highs. Annual inflation in the US in September was 8.2%, down slightly from 8.3%. in August.

The Redfield & Wilton Strategies poll also found voters believe the Republican Party is more focused on inflation than the Democrats, with 44 percent of respondents saying inflation is one of the top priorities for Republican candidates.

Respondents could choose the three issues they considered the greatest for each party. As for Democratic candidates, 37 percent said inflation was one of the party’s biggest problems, and 45 percent chose ab*rtion.

A majority of respondents – 54 percent – said Democrats were right that they prioritized ab*rtion during the term, compared with 33 percent who said they didn’t, and 13 percent said “I don’t know.”

In terms of the economy, a Redfield & Wilton Strategies poll found more potentially bad news for President Biden and the Democrats, as 49 percent of voters said he was now worse off than when Biden took office in January 2021.