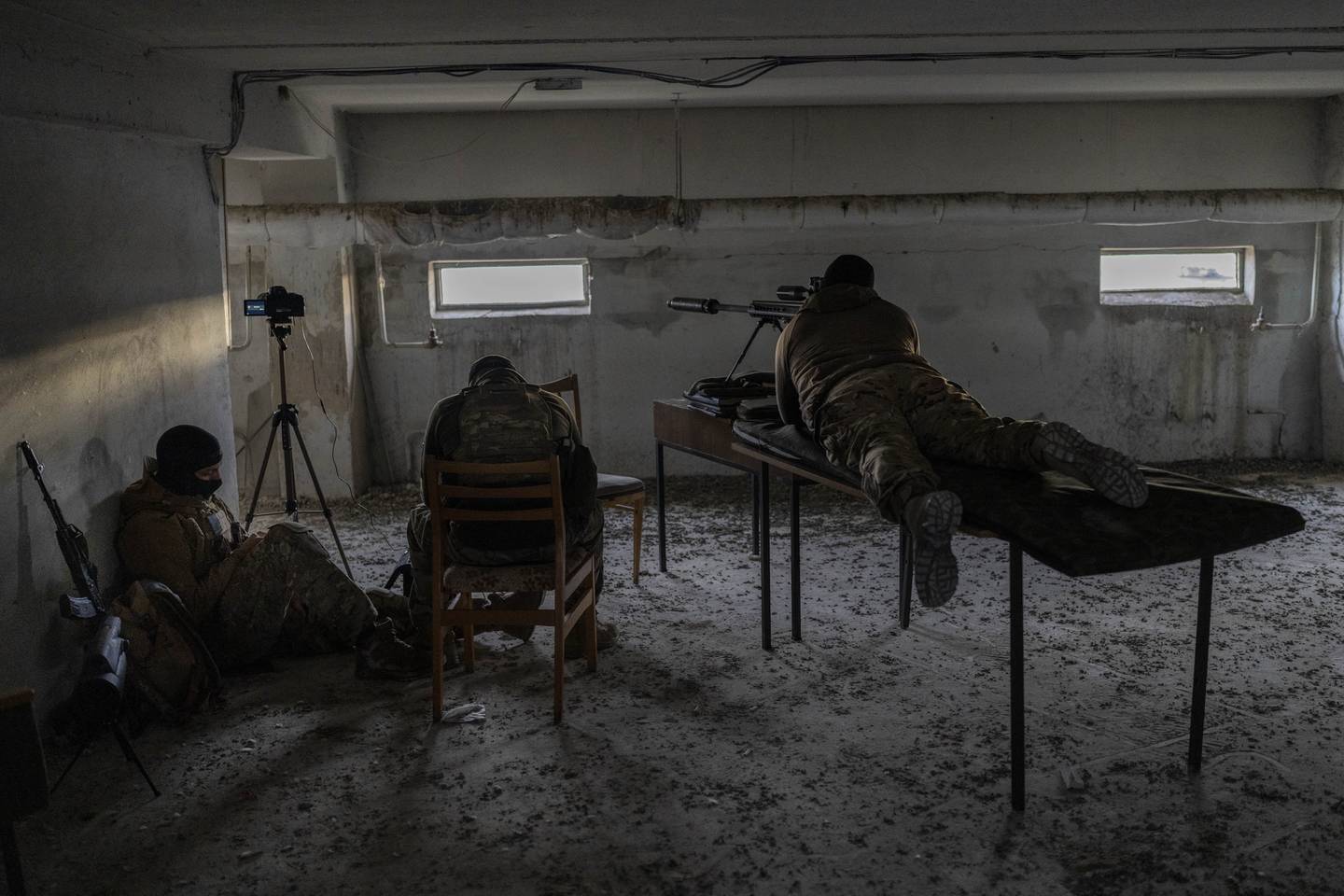 KHERSON, Ukraine — A week after the liberation of Kherson in southern Ukraine, residents cannot escape the memories of the horrific eight months they spent under Russian occupation.

People are missing. There are mines everywhere, closed shops and restaurants, power and water shortages, explosions day and night as Russian and Ukrainian forces fight on the other side of the Dnieper.

Despite the difficulties, residents express a mixture of relief, optimism and even joy – not least because of their regained freedom of self-expression.

“Even breathing became easier. Everything is different now,” said Olena Smolyana, a pharmacist whose eyes shone with happiness as she remembered the day Ukrainian soldiers entered the city.

Kherson’s population has shrunk to around 80,000 from its pre-war level of around 300,000, but the city is slowly coming back to life. Ukrainian President Volodymyr Zelensky triumphantly marched through the streets on Monday, hailing Russia’s withdrawal – a humiliating defeat for Russian President Vladimir Putin – as “the beginning of the end of the war.”

People are no longer afraid to leave their homes or fear that contact with Russian soldiers could lead to prison or a torture cell. They gather in city squares — adorned with blue and yellow ribbons on bags and jackets — to top up their phones, collect water, and chat with neighbors and relatives.

“If we survived the occupation, we will survive this one without any problems,” said Yulia Nenadyshchuk, 53, who has cowered at home with her husband Oleksandr since the beginning of the Russian invasion but now comes downtown every day.

The worst deprivation was the lack of freedom to be yourself, which was like being in a “cage,” she said.

The people of Kherson tell of the “silent terror” that defined their occupation, which was different from the devastating military sieges that reduced other Ukrainian cities – such as Mariupol, Severodonetsk and Lysychansk – to rubble.

Russian forces entered Kherson at the start of the war from nearby Crimea, which Moscow illegally annexed in 2014, and quickly took over the city. The city was the only regional capital captured by Moscow after the invasion began on February 24.

In Kherson people communicate mainly in Russian. At the beginning of the war, some residents were tolerant of neighbors who sympathized with Russia, but there was a marked shift during the occupation, said Smolyana, a pharmacist.

“I’m ashamed to even speak Russian,” she said. “They abused us mentally and physically.”

Many people fled the city, but some simply disappeared.

Khrystyna Yuldasheva, 18, works in a shop across the street from a building that Russian police used as a detention center where Ukrainian officials are investigating allegations of torture and abuse.

“There’s no one here anymore,” she told a woman who had recently come looking for her son.

Other people wanted to leave but couldn’t. “We tried to leave three times, but they closed all possible exits from the city,” said Tetiana, 37, who did not want to be identified by name.

Many shops, restaurants and hotels are still closed and many people are out of work. Last week, residents were drawn to the city center by food trucks that came from Ukrainian supermarket chains or to take advantage of internet hotspots set up.

Russian products can still be found in small shops that survived the occupation. And the city is still decorated with banners advertising Russian propaganda, such as “Ukrainians and Russians are one people” or encouraging Ukrainians to obtain a Russian passport.

Some Ukrainians swear loudly as they walk past war remnants.

The humiliating retreat of the Russians did not end the sounds of war in Kherson. About 70% of the wider Kherson region is still in Russian hands. Explosions are heard regularly, although locals are not always sure whether they come from mine clearance work or from a clash of Russian and Ukrainian artillery.

On Saturday evening, two shells hit an oil warehouse in Kherson – according to firefighters, it was the first time a warehouse in this city had been hit since the Russians withdrew. Associated Press reporters saw a blazing fire and thick black smoke at the scene. Firefighters said the Russians had stolen fire trucks and ambulances as they retreated, leaving local authorities struggling for funds to respond to the att*cks.

“There was a strong explosion,” said Valentyna Svyderska, who lives nearby. “We were scared, everyone was afraid … Because this is an army that is at war with the civilian population.”

Earlier in the day, people were excitedly waiting for the first train to arrive in Kherson since the first days of the invasion. Mykola Desytnyakov, 56, has not seen his wife since she and her two daughters left for Kiev, Ukraine, in June.

Desytnyakov stayed to care for his sick parents, he said, holding a single rose and looking anxiously at the platform.

“She’ll scold me, she doesn’t like flowers,” he said of his wife. But I’ll give it to her anyway.

Lyudmila Olhouskaya had no one to meet, but she went to the station anyway to show her support.

“This is the beginning of a new life,” said the 74-year-old, wiping away tears of joy. “Or rather, a revival of the former.”

According to Ukraine’s Interior Ministry, the main obstacle to bringing people back to Kherson and rebuilding will be clearing all the mines that the Russians have placed in offices and around critical infrastructure.

“Demining is needed here to bring life back,” said Mary Akopian, Deputy Home Secretary. She said Kherson had a bigger problem with mines than any other city that Ukraine had taken from the Russians because it had been occupied for the longest period.

Akopian estimated that it would take years to completely clear the mines from the city and surrounding provinces. Already 25 people have died while clearing mines and other explosives left behind.

Before retreating, Russian soldiers looted shops and businesses, and even museums. The Ukrainian government estimates that 15,000 artifacts were stolen from museums in the Kherson region and taken to Crimea, itself illegally annexed by Russia in 2014.

“In fact, there is nothing there,” Kyrylo Tymoshenko, a senior official in Zelensky’s office, wrote after a trip to the Kherson region. “The Russians killed, mined and plundered all the cities and towns.”

Despite the fighting in the vicinity, people in Kherson feel confident enough to be safe that they ignore air raid sirens and flock to the streets in large numbers to greet and thank Ukrainian soldiers.

Like many locals, the Nienadyshuks do not flinch when they hear explosions in the distance and are reluctant to complain about other hardships they face.

“We’re holding on. We are waiting for victory. We will not moan,” said Julia Nienadyszczuk. “The whole of Ukraine,” added her husband, “is in this state now.”