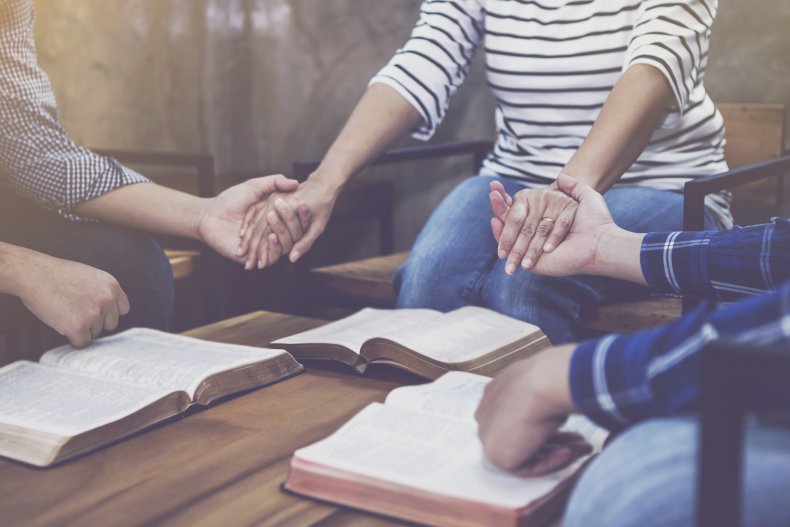 Thousands of Louisiana students were allegedly forced into a s*xist and transphobic church event after being told they would attend a “career fair” this week.

More than 2,100 senior high school students from the East Baton Rouge Parish School System attended an event called “Day of Hope” on Tuesday, according to a local newspaper. Advocate. The event was sponsored by the 29:11 Mentoring Program Christian group and was held at the Living Faith Christian Center in Northeast Baton Rouge.

While the event was touted as a “college and career fair,” some students and parents later said it was more focused on promoting religious indoctrination than giving real career advice. The event was intended to include s*xist lessons conducted after students had been separated on the basis of gender, while transgender students were allegedly discriminated against and experienced harassment allowed by those in charge.

Brittney Bryant, a teacher at Woodlawn High School and mother of a transgender student who attended the event, told Facebook she was forced to “endure watching over 2,000 children’s rights being broken” while acting as a guardian at a “traumatic event.” “

“Inside the church, the boys were ordered to go outside while the girls stayed in the church for the” girls’ conversation, “wrote Bryant. “My transgender child has been discriminated against for leaving. I stayed and listened to the discussion. They talked about rape, forgiving the perpetrator in life, suic*de, leading a prayer and many other dark, controversial topics. to the topics of discussion. “

“That is, when the boys were left outside in the extreme heat,” she continued. “The boys were then escorted inside and the girls outside. The boys’ theme was called “Real Conversation.” No topics were discussed from the beginning, but a male chauvinist competition for a prize money was launched. Then they started competing for push-ups for more money. They were excited and excited.

In addition to alleged religious indoctrination, s*xist lessons, and harassment of transgender people, the event also allegedly forced some students to register to vote for food.

Bryant said she was “terrified” by this incident and indicated that she would personally be “released pending the conclusion of the investigation” if she ever dared “mention anything about s*xual orientation, religion or political agendas in my class.” “

Student Alexis Budyach also condemned the event in a Facebook post, calling it a “horrible experience”, which deceptively “wasn’t advertised as a religious event but rather as a college fair.”

The school district praised the event as an “amazing” opportunity for students to “address the issues they face and provide them with motivation and guidance to empower their choices” on Facebook Post Tuesday night.

The post included comments from an anonymous student and an anonymous parent who also praised the event, although most of the comments on the post were far from flattering.

“DAY OF HOPE? It’s more like a trauma day, ”commented parent Bonnie Kersch. “You prayed for my child, told her she should abstain, talked to her about suic*de, and told her that if she was abused in a situation of domestic violence, she should forgive the abuser, even if she was not sorry.”

“Then she was forced to register to vote and got a slice of pizza in exchange for what is highly illegal. I have signed a permit for College and Career Day, ”she continued. “I got indoctrination and trauma.”

Letrece Griffin, head of communication and family involvement in the East Baton Rouge parish school system, defended the event at statement released Wednesday. Allegations of religious indoctrination, transphobia and s*xism were not addressed.

“By providing entertaining and educational activities, the event was a traditional step up to the college and career market,” said Griffin. “We look forward to seeing what our more than 2,100 student attendees will continue to achieve with the resources and knowledge gained from this event.”

East Baton Rouge Parish School Board vice president Dawn Chanet Collins said Wednesday in comments to the ABC WBRZ subsidiary that the religious nature of the event may have rendered school sponsorship unconstitutional.

“There is a separation of church and state, and it seems that these lines may have been traversed,” Collins said.