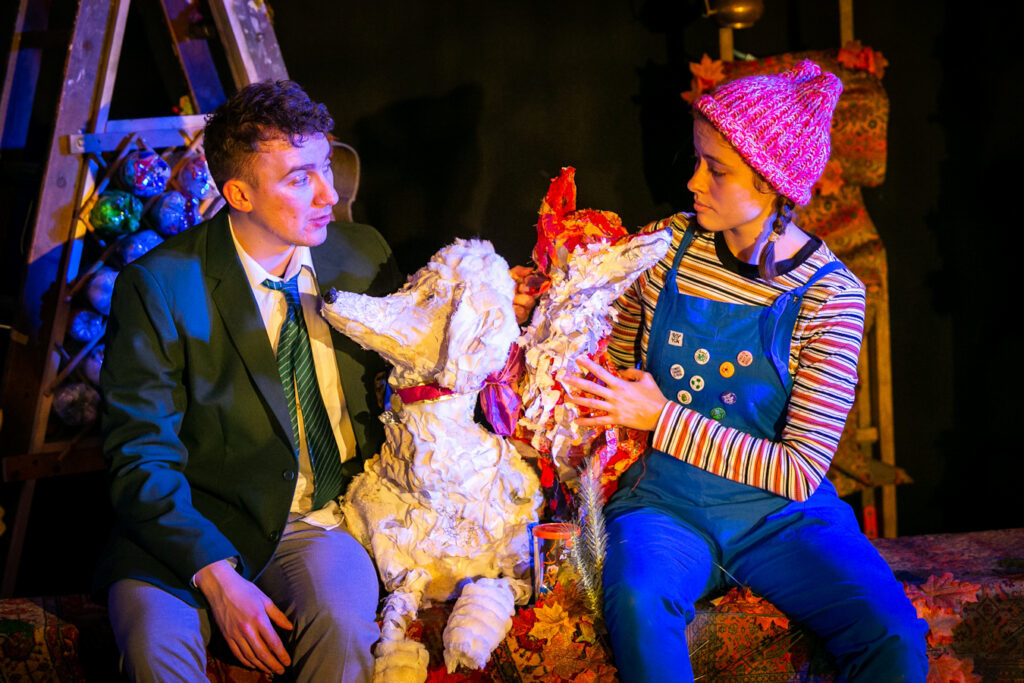 a north yorkshire Theater The company will return to the stage next week with four performances from its festive show.

Green Hammerton-based Badapple Theater Company will be back on stage with a revival of their magical family show The Snow Dancer, which will tour nationally from December 2 to December 6, Tuesday through Thursday, December 14-16 at 1.30 pm Joseph of York With a show at the Rowntree Theatre. evening and 7 o’clock.

The Snow Dancer is an original story by artistic director Kate Bramley, and stars Meg Matthews and Danny Mailer, with an original score by Jez Lowe.

It tells the story of the animals of The Great Wood, who are desperate to sleep, but it is too hot. Designed by Katherine Dawn, characters must search for Snow Dancer to fall asleep anytime they want.

Badapple’s trademark original comic shows have been delighting audiences of all ages for 21 years, and have toured rural locations across the country. The company brings a complete theater experience to unusual, often small, spaces with significance to their communities. His works reflect worldwide issues that have an impact on rural life.

Kate said: “Theatre is just storytelling and what better way to raise awareness of the issues? The current climate emergency, referred to in The Snow Dancer, is something we have been concerned about for a long time.

“We want to create a social discussion that is relevant to our audiences and 21st century lives. We can do this through theater and constantly reinvent what is: music, sometimes dancing, puppetry and on one occasion live baking.”

She said that Badapple as a company has been working on becoming more environmentally sustainable for more than a decade, sourcing sustainable fabrics for sets and apparel by reusing or recycling wherever possible. By taking the theater to tour rural locations, audiences reduced the environmental impact of traveling to one location to see a production.

In the current run of The Snow Dancer, the company will stage shows for two school and three public performances at the Joseph Rowntree Theater. In the last 15 years, Badapal has rarely performed at a ‘fixed’ venue in a city.

Kate said: “We have formed a great partnership with the Joseph Rowntree Theater in York and their community commitment and ethos are in sync with our core values. But having not specialized in the area for over 15 years, in a larger venue It’s hard for us to keep up with the show. But it’s about making new friends in new areas and this year’s return of The Snow Dancer to York is a great opportunity for the good guys in our nearest city to see what we’re up to. are.”

As with all theater companies, especially touring companies, Badapple has experienced the hardships of various lockdowns during the pandemic. A show which was in production for 18 months and booked at 30 places was immediately canceled. The pandemic was a time of crisis for the company, but it was also a time of reflection that has resulted in positive results and new plans for the future.

More information on travel dates can be found at badappletheatre.co.uk.