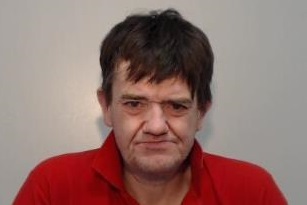 A driver has been jailed after being found behind the wheel of a car just weeks after police joined the search.

Gary Stevenson led officials on a four-minute chase farnsworth Roads up to 80mph in Vauxhall Corsa before finally stopping at Presto Street.

Prosecutor Peter Connick told bolt on Crown Court How Police spotted the car on Bradford Road at 12.30 a.m. on March 22 and tried to stop it to check the driver’s documents, but Stevenson, 56, headed towards the road through red lights and no entry signs. and were driving on the wrong side of the road.

He was eventually stopped by a police car and arrested after the passenger tried to exit through the door.

Investigations revealed that he had no license or insurance and tested positive for cocaine, methadone and morphine.

Stevenson was banned from driving and released under investigation, but then, on 18 July, when police stopped a Jaguar car at Walkenden for a passenger not wearing a seat belt, Stevenson was again behind the wheel. found.

Stevenson of Dailymount Close, Tong Moore, pleaded guilty to drug driving, dangerous driving, not having a license or insurance, and driving while banned.

He has already served 37 sentences for 69 offences.

Defending, Ellen Shaw told the court that Stevenson was “no stranger to custody” but appealed to recorder Andrew Long not to jail him again.

She insisted that no one was injured or harmed during the police chase and added that the abuser’s attitude towards his behavior has now changed.

“He appreciates the bad decisions he makes and tells me he will never drive again because he accepts it will be unproductive and lead to further trouble.”

But recorder Long told Stevenson that his very poor criminal record and past violations of court orders meant he would lose his liberty.

“I’m so sorry, I have to send you to jail immediately,” he said.

As well as a six-month prison sentence, Stevenson was banned from driving for three years, after which he would have to take an extended test.