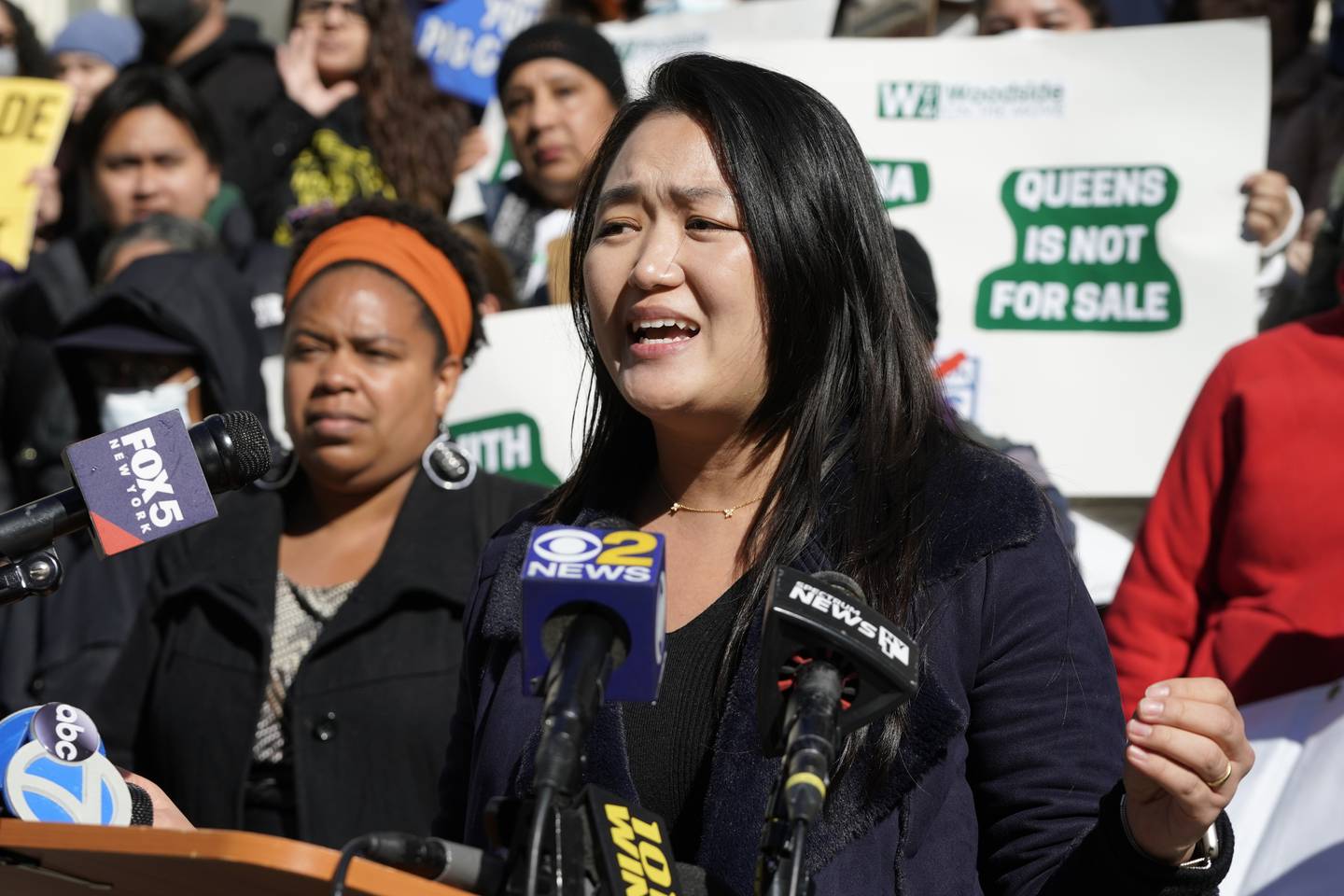 City Councilor Julie Won backed a massive zoning change for her western Queens neighborhood on Monday, nearly sealing a deal on the $2 billion project after months of negotiations over the number of affordable housing units that should be included in the proposal.

The zoning change, dubbed Innovation QNS, aims to effectively create a new neighborhood near Astoria’s waterfront, allowing for the development of thousands of new residential units, two acres of green space and a variety of shops and restaurants.

Won, which represents the area, has opposed the project for weeks, citing developers’ insufficient commitment to limiting the income of a certain number of apartments. Won’s opposition has proven difficult for Innovation QNS supporters, including Mayor Adams, as the Council traditionally delegates zoning issues to local representatives.

But in a significant reversal, Won announced on Monday afternoon that she was ready to support a zoning change.

Won said in a statement that she had changed her mind thanks to concessions reached in discussions with the mayor’s team, developers and unions, including a provision requiring 1,436 of the project’s expected 3,190 apartments to be permanently available.

“As a community, we have set a new standard for building affordable housing on private land, and I applaud and thank every community member and elected official for staying steadfast,” she said.

Shortly before Won’s announcement, the Innovation QNS plan passed unanimously through the Council’s Land Use Committee, sending it to the full Council for a vote on Tuesday.

With Won on board, the plan is likely to go through the entire Council as it also has the backing of Speaker Adams. The mayor, another vocal supporter, is expected to sign the plan.

“This project will make a significant contribution to improving lives and solving the problem of homelessness,” said Chairman Adams after the vote in the Land Use Committee.

A representative from 32BJ, the city construction workers union whose members will be employed in the new Innovation QNS residential towers, said it became clear last Friday that the council would approve the plan with or without Won’s support.

“It was a deal,” said a representative whose union was a key stakeholder in the negotiations.

Last month, she said she would not support any zoning change proposal that did not call for at least 55% of new housing units to be affordable. According to the framework adopted on Monday, 45% of new premises will be affordable.

However, the new plan also increases the total number of new units over the original proposal, from 2,843 to 3,190.

Won also touted the fact that as part of the deal, developers – Silverstein Properties, BedRock and Kaufman Astoria Studios – must launch a $2 million fund providing free legal advocacy services to low-income tenants in the area to help protect against housing displacement.

“We will always put community needs before profit,” she said.

In a statement, the mayor praised the Innovation QNS vote on Monday, but also said the city needed a “better system” to produce affordable housing.

“My administration has plans to amend zoning text citywide that would help the city really meet the housing needs of New Yorkers and create new housing across the city,” he said. “We invite all New Yorkers to join us.”