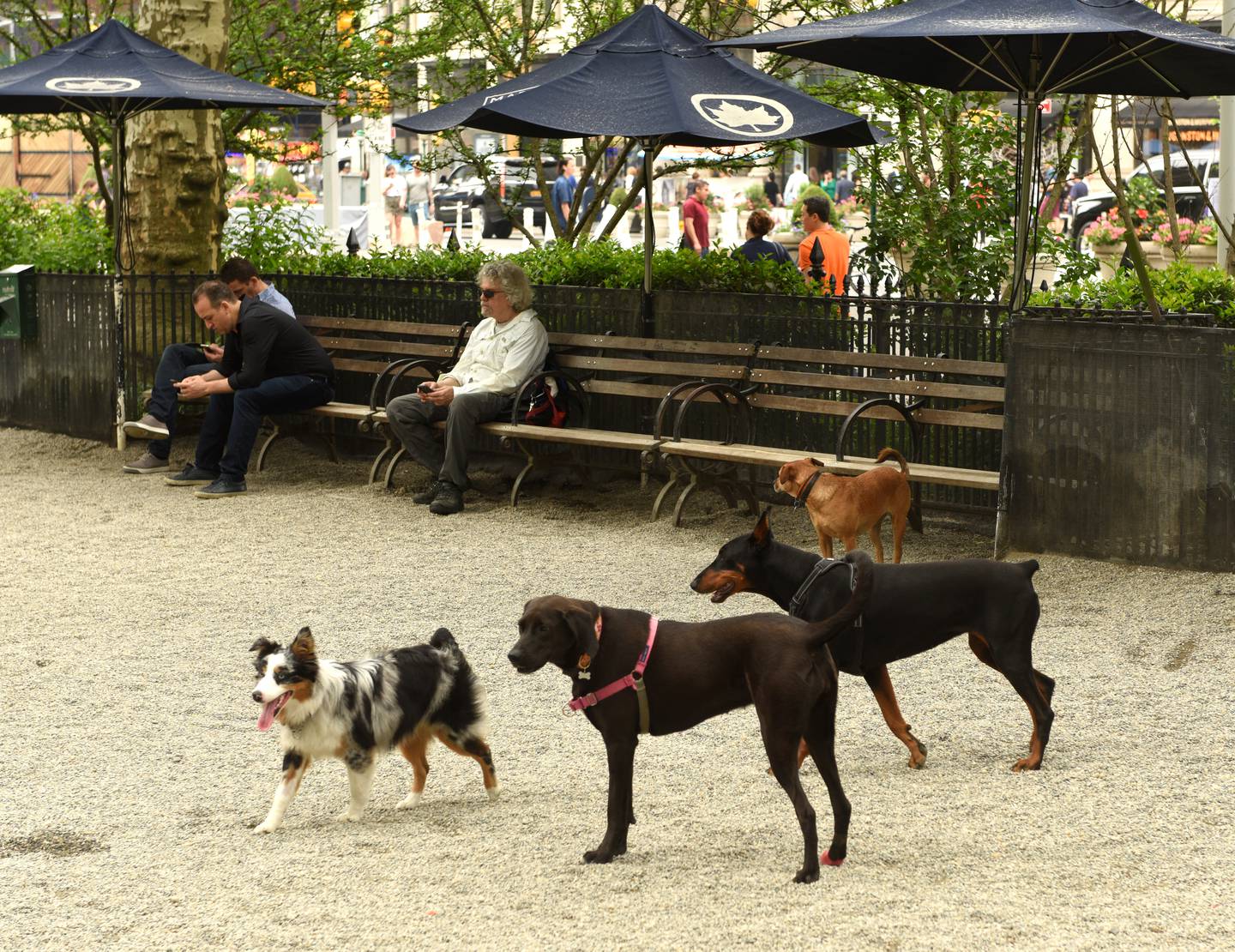 Throw him a bone! City Councilman Lincoln Restler has a plan to improve and expand dog runs across the city – bringing some new runs to north Brooklyn and introducing a new bill package that would make the Parks Department responsible for maintaining the city’s dog runs.

The plan, shared exclusively with The Daily News, includes two new bills due to be proposed next week – one to formally shift responsibility for maintaining dog runs from informal communities to the parks department, and the other requiring the department to identify at least five potential dog run areas at each community board—as well as a District 33 dog run refurbishment plan.

Sites for new dog runs in the district have been identified at Abolitionist Place Park in downtown Brooklyn, north Greenpoint, and south Williamsburg. The plan change proposal and $1 million in funding would allow for a new dog enclosure at McCarren Park.

“It doesn’t make sense that there are parts of our parks that the Parks Department doesn’t maintain, but that’s the tragic reality of our dog enclosures,” Restler said. “Community groups have formed, Friends Of groups have stepped up and stepped in to do everything they can to maintain decent conditions for our dogs to play and run around. But overall… conditions are completely inadequate.”

The case recently received a lot of attention when The News reported on the Bushwick controversy. After the dog ownership boom during the pandemic, the city’s already scarce green spaces have been exhausted. In Bushwick, disputes over an unofficial dog run escalated into a turf war between pets and children, with the Parks Department blocking the site completely.

“We all know the countless benefits of owning a dog: health benefits, happiness quotient,” he said. “This is real. And yet we make life very difficult for dog owners in New York, with their tiny apartments and lack of screen space. The least we can do is provide a decent dog enclosure in every neighborhood and have the Parks Department maintain it.” .

Danielle Dorchester said she has become more committed to keeping the McCarren Dog Run Alliance alive after an outbreak of leptospirosis, a disease caused by bacteria in water and warm, moist soil, has been attributed to the McCarren Park dog run.

“It’s kind of ridiculous how much hard work is required,” Dorchester said. “That’s a lot of snow shoveling and wheelbarrowing, and ideally the city should take care of most of it … I think generally they should be responsible for upkeep.”

District 33 committed $30,000 of City Council funds to local groups to fund improvements and maintenance of dog runs this fiscal year.

Restler’s neighborhood is home to three times as many dogs as the citywide average. He said he hopes the legislation, drafted after a survey of approximately 300 District 33 dog owners, will improve the city’s existing dog runs and create more not just in northern Brooklyn but in five boroughs.