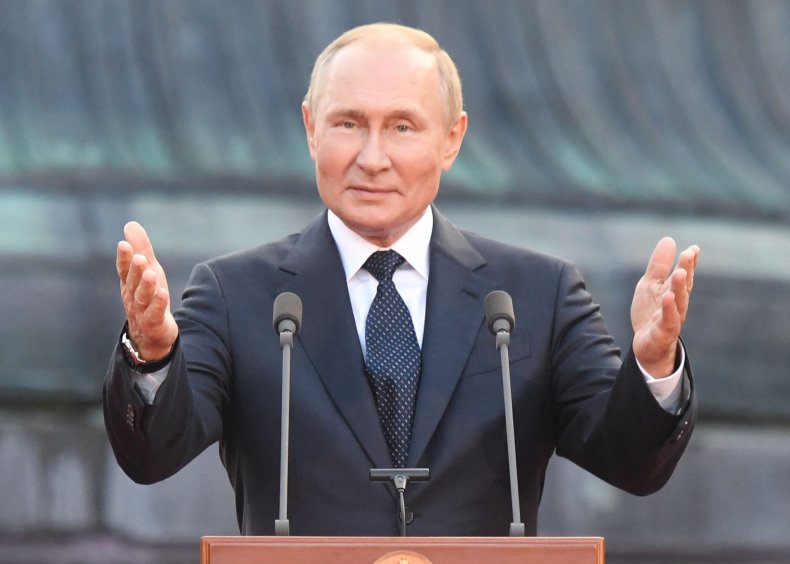 Russian state television hosts and visitors have warned the West that if they feel Russia has been pushed into a corner, they will reassure them that “they will all be destroyed.”

The rhetoric surrounding the war in Ukraine was intensified by Russian President Vladimir Putin, who gave a speech earlier this week. In a previously recorded statement on Wednesday, he announced that Russians would be partially mobilized to fight in Ukraine.

In addition, Putin warned the West that Russia would not be bluffing about the use of nuclear weapons if Ukraine continued to receive support.

Military expert Igor Korotchenko and state TV presenter Olga Skabeeva agreed that Russia will use nuclear weapons if they feel that they are in danger of destroying them.

The video also went viral with over 160,000 views after being posted by Daily Beast Julia Davis.

Korotchenko said: “The only thing the West is afraid of today is the possibility of Russia using tactical nuclear weapons.

“In this regard, however, the words of Vladimir Putin are very valuable.

“In the West, they consider them and analyze what would be the circumstances for Russia to use such an argument to avoid scenarios that Moscow would find unacceptable.”

“The West needs to understand: if there are certain weapons, the taboos and restrictions on their use can be lifted under certain circumstances.”

The host continued to defend Russia’s position on Ukraine and said the country was not looking for a conflict.

What do they want? They want a victory over Russia, ”said Skabeeva.

“Russia cannot be defeated without a nuclear explosion. This is not an option.

“We will not allow our country to be destroyed, if you try to destroy us, you will be destroyed with us.

“What are our next steps? [Striking] decision centers? In Kiev, London, Washington – where?

“What should we do to avoid nuclear war, is it already given?” It certainly seems so.

“If they don’t stop, it will become a reality. What is the purpose of a collective West?

“The victory of Ukraine and the defeat of Russia. As long as the Russian Federation has nuclear b*mbs, [and we do]his failure is impossible.

“Push us into the corner – everyone will be destroyed. Is this what they want to achieve?

“Putin said it so succinctly, so clearly. We do not threaten, we do not want war. We’re first in line to stop her.

“We don’t want a nuclear winter or a nuclear war, but if you declare that we will be destroyed, we will have to destroy you.”

Newsweek contacted the Russian Ministry of Foreign Affairs for comment.