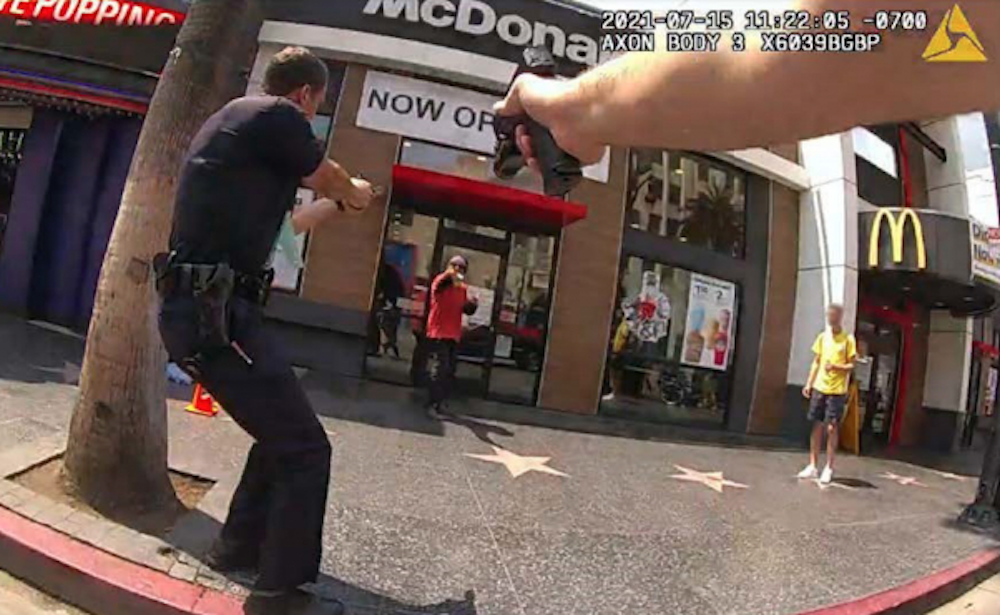 The California Attorney General said Thursday it would not press charges against Los Angeles police officers who fatally shot a man on Hollywood Boulevard last year, despite it being revealed he was not brandishing a gun but a butane lighter.

Daytime photos created a panic on the busy Walk of Stars, where tourists and passersby were hiding behind cover.

This is the first such inspection under new California law that requires the Department of Justice to investigate all incidents where an officer shoots and kills an unarmed civilian in the state.

In this case, officers said they responded on the morning of July 15, 2021 to reports of a man carrying a gun along the Walk of Fame. He also had a small folding knife with an open blade, which he had previously aimed at the building guard, according to the department’s report.

“He pointed to what appeared to be a gun, but was actually a lighter that looked like a firearm, at Officer (Christopher) Table,” said Attorney General Rob Bonta. “After careful scrutiny, the Department of Justice concluded that there was substantial evidence that officers (Isaiah) Galvez and the Table were acting in self-defense and the defense of others.”

“Man, why?” You could hear Table asking the man before the officer unsuccessfully attempted CPR.

The man who was shot was later identified as Matthew James Sova.

Although Bonty’s office cleared the officers, it recommended that the LAPD ensure that officers were trained to call the Department’s Mental Assessment Division and see if Sova’s d*ath “could have been avoided.”

The first call to the LAPD said Sova was “acting crazy and saying a lot of different things out loud”. He had 12 previous contacts with law enforcement related to his mental health.

Using other measures “to address a potential mental health crisis … may have given officers time to undertake significant de-escalation,” the review said. In this case, “both officers went into a lethal reaction almost as soon as they arrived at the scene.”

The law transferring investigations to the state entered into force on July 1, 2021, a few days before the shooting at the Avenue of Stars.

In this case, investigators interviewed seven rescuers and 13 civil witnesses. They also looked at other evidence, including video from surveillance cameras and cameras worn by officers.

Bonta said the department’s goal was to complete the review in a year, and that this first investigation took longer than it wanted. However, he said the results of 24 other cases that are currently being analyzed should now come up sooner as investigators will feel more comfortable with their approach.