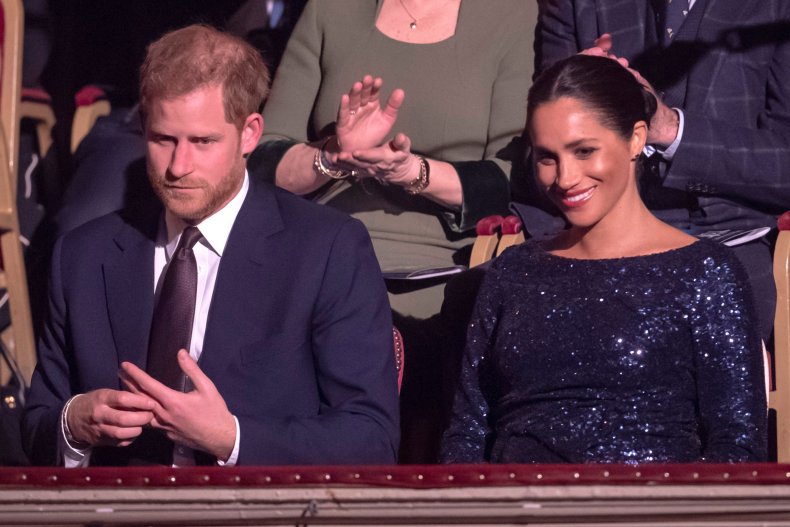 Meghan Markle and Prince Harry’s struggle with the pressures of public life is evident in a video from the night when Meghan said the two were “just trying to hold on”.

The Duchess of Suss*x told Oprah Winfrey in March 2021 how she experienced suicidal thoughts while pregnant with their son Archie Mountbatten-Windsor.

Meghan said the turning point came after she was accused of making Kate Middleton cry in a story first published in a British newspaper in November 2018 The Daily Telegraph and later appeared on the front page of a British tabloid Sun.

During an interview with CBS, the Duchess said: “I just didn’t want to live anymore. And it was a very clear, real, and terrifying thought. And I remember him hugging me.”

Meghan said she told Harry how she felt on January 16, 2019, but the couple had a diary event that evening at the Royal Albert Hall for the premiere of the Cirque du Soleil production Totem.

Meghan said: “It wasn’t even ‘I don’t want to’. It was like, “These are the thoughts I have in the middle of the night that are very clear and I’m afraid because it’s very real. It’s not some abstract idea. It’s methodical, and it’s not who I am.

“It still haunts me… that picture someone sent me,” she said. “We had to go to an official event. We had to go to this event at the Royal Albert Hall and a friend said, ‘I know you guys aren’t looking at the pictures but oh my god you look so great’ and sent it to me.

“And I did a close-up and saw the truth of what that moment was because just before we had to leave, I just had this conversation with Harry that morning and the next day I spoke to the institution (the palace).”

“This picture if you zoom in,” she said, “I can see how tight his knuckles are clenched around mine. You can see the whites of our knuckles as we smile and do our job, but we’re both just trying to hold on.

“And every time those lights went out at the Royal Box, I just cried and he held my hand.”

She added: “And then it was, ‘OK, break is coming, the lights are about to go on, everyone’s looking at us again,’ and you just have to be on again.”

Video footage posted on Tiktok, showing the couple that evening, has been viewed 1.5 million times and liked over 57,000 times.

The caption read, “Harry looks desperately upwards for a way out because he’s afraid history will repeat itself.”

Princess Diana told her biographer Andrew Morton how she attempted suic*de several times, including while pregnant with Prince William.

Harry told Oprah he and Meghan needed to “take a breather” from the “constant barrage” of negative media attention.

“Or definitely more dangerous because then you add race and social media. And when I talk about history repeating itself, I’m talking about my mother.”

The day after the performance at the Royal Albert Hall, Meghan said she spoke to “one of the most senior people” at the palace and asked to “go somewhere” to recuperate. Oprah suggested she might have gone to a “hospital” and Meghan replied: “No, that’s what I asked for.”

“The whole family is saddened to learn how difficult the last few years have been for Harry and Meghan,” it said.

“The issues raised, especially racial issues, are worrying. While some memories may differ, they are taken very seriously and will be dealt with privately by the family.”