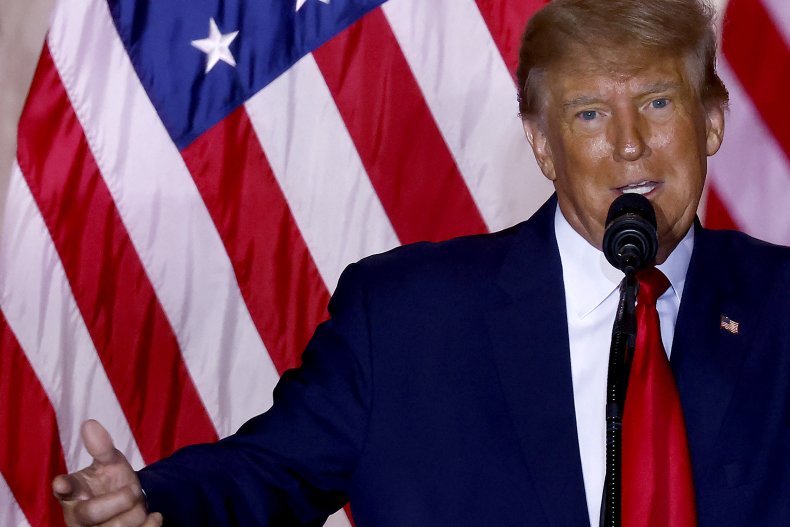 Robert Jeffress, pastor of First Baptist Dallas in Texas and a staunch evangelical ally of Donald Trump, said Wednesday he would wait for the Republican Party’s nomination to endorse the former president.

“Donald Trump was a great president and if he is nominated by the GOP in 2024, I will happily support him,” Jeffress said. Newsweek.

Asked about Trump’s support ahead of the Republican nomination, Jeffress said Newsweek “The Republican Party is headed for a civil war that I don’t want or need to get involved in. My priority is being the pastor of Dallas’ First Baptist Church and preaching the word of God to millions of people every week on our television and radio shows. “

Jeffress’ remarks came shortly after Trump announced on Tuesday night that he planned to run for president again in 2024, after being defeated by incumbent President Joe Biden in the 2020 presidential election.

During a speech at his Mar-a-Lago residence in Florida, Trump announced that he planned to run again and said, “America’s comeback begins right now.”

“Our country is in a terrible state. We’re in serious trouble,” Trump said. “I will fight like no one has ever fought before.”

Trump said the US “wouldn’t take” another four years of the Biden administration. “I’m not saying this with laughter, I’m saying it with tears,” he added.

In the 2020 election, Trump received widespread support from evangelical leaders and community members. In a January 12, 2021 tweet, Jeffress said he had spoken with Trump and former Vice President Mike Pence.

“When [a] the reporter asked if I regret my support, I replied: “Absolutely not! The most pro-life and religious freedom president and vice president in history!'” Jeffress told in tweet.

In 2021, the Pew Research Center released a poll showing Trump’s broad support from the evangelical community. The poll found that 59 percent of respondents who “attend services often” voted for Trump, while 40 percent sided with Biden.

“Among those who attend church a few times a year or less, the pattern was almost exactly the opposite: 58% voted for Biden and 40% voted for Trump,” the poll found.