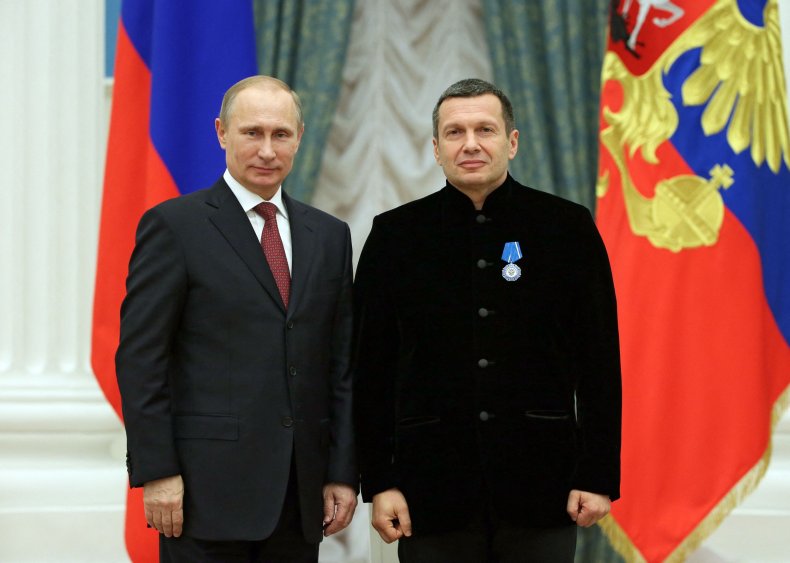 Russian officials believed the war that began after the invasion of Ukraine in February would be “much easier,” a Russian state television host recently said.

The host of Russian television and an ally of the president of Russia, Vladimir Putin, Vladimir Soloviev, known as “Putin’s Voice” due to his resolutely pro-Kremlin views, made comments about his Complete contact show on Tuesday, outlining his thoughts on the war that started over eight months ago.

An excerpt from the program was posted on Twitter by Julia Davis, columnist for The Daily Beast and creator of Russian Media Monitor, who added English subtitles to the clip.

“Russian propagandist Vladimir Soloviev is angry and depressed because Russia is wandering in Ukraine. He lies that NATO started a war with Russia on February 17 and has many complaints about Joe Biden, Volodymyr Zelensky, Jamie Raskin, Oleg Tinkov, Germany and the cop, ” Davis wrote.

Soloviev, a pro-Kremlin propagandist, said that on February 17, “the Nazi spear of NATO forces pierced the body of the Donbas. And on February 24 we came to save them. “

“It’s true that not everything is going smoothly, yes, we thought it was going to be a lot easier,” he said.

“Yes, we anticipated and started negotiations that were interrupted because no one needs the Ukrainian nation,” continued Soloviev.

The television host suggested that the Ukrainian people “must burn in the fire of this civil war like the president [Putin] defined it. “

Solovyov repeated the Kremlin’s line that Russia and Ukraine are one nation. In July, Putin published an essay in which he denied the independent history of Ukraine, although Ukrainians and Russians more often lived separately than together.

Soloviev was also the first propagandist to describe the full-scale Russian invasion of Ukraine as “war.” Previously, state propaganda repeated the Kremlin’s narrative that the conflict was a “special military operation” and not a “total war”.

Said Joanna Szostek, associate of the British think tank Chatham House Newsweek last month that the shift in tone on state television is likely to be “expectation management” as Ukraine successfully continues its counteroffensive to reclaim land taken by Russia during the war.

“The Kremlin cannot easily ‘cover up’ the loss of territory, so it has to be discussed on the talk show,” she said.

Newsweek asked for a comment to the Russian Ministry of Foreign Affairs.