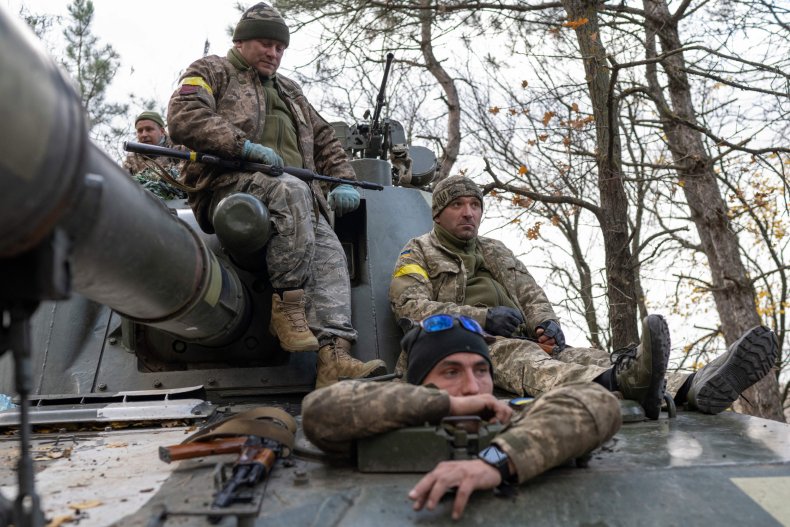 Russian state TV presenter Vladimir Soloviev, nicknamed ‘Putin’s Voice’ for his pro-Kremlin views, expressed his frustration at Russian forces blowing up bridges as they pulled back from Kherson, a key southern city, back in Ukrainian hands.

Ukrainian flags are now flying over Kherson, the only provincial center that Russian troops managed to capture after the invasion of Ukraine on February 24, following the withdrawal of Moscow’s forces across the Dnieper.

On Saturday morning, Soloviev, performing on his own Vesti FM The radio program “Full Contact” claimed that Russia had withdrawn its troops from certain occupied parts of Ukraine as a “gesture of goodwill”.

Increasingly lively, he suggested that the Russian army should have att*cked Ukrainian infrastructure earlier. He also noted that Russian forces had destroyed the bridges across the Dnieper River as they retreated from Kherson, which made the counteroffensive.

Solovyov said: “Since February I have been shouting loudly that we have to hit bridges, destroy infrastructure, supply passages. [Russian military] he said, “You don’t understand anything, they’ll bring their gear to the same place and we’ll smash it!”

“So you broke it? ‘Don’t you understand, it’s a brotherly nation, we’ll have to rebuild these bridges, we’ll go through them.’

Soloviev blamed the West for the war, saying Western leaders had “stupid faces that look like fish faces.”

He commented: “With these fish faces they tell us that Russia is waging an unfair, unprovoked war. Are you mad? You started this war! “

The state television presenter added that Russia is now engaged in a “religious war” against the West, stating: “We still cannot comprehend that the purpose of this war is our destruction. NATO’s sole purpose is to annihilate Russia.

“They have no other goals. They want to destroy Russia because despite the atheistic Soviet past, Russia is a country of traditional values. It is a great Orthodox, Muslim and Buddhist nation. “

The President of Ukraine, Volodymyr Zelensky, expressed his conviction that his country would regain all its lost territory, including the Crimea annexed by Russia in 2014.

During one of his evening speeches to the Ukrainian people, he said: “We will definitely liberate Crimea.

“We will return this part of our country not only to the all-Ukrainian space, but also to the pan-European space.”

On Thursday, the Institute for the Study of War, a US think tank, said it expected Ukraine to continue its counter-offensive and warned that the ceasefire would now be a win for Putin.

It wrote: “A winter ceasefire would only benefit Russian forces, which would use this opportunity to strengthen the weakening defense and continue the genocidal campaign to eradicate Ukrainian identity in the occupied parts of Ukraine.

“A well-stocked Ukrainian force is unlikely to hold back the counter-offensive due to the onset of winter weather and may be able to use the frozen terrain for easier movement than in the muddy fall months.”