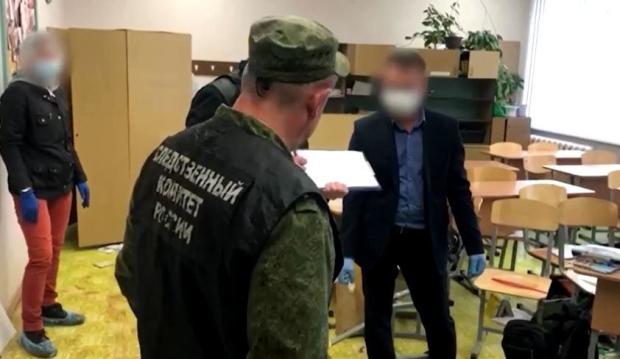 At least 13 people were killed and 23 injured on Monday when a gunman opened fire at a school in the Russian city of Izhevsk, about 600 miles east of Moscow, according to Russian law enforcement.

The att*cker entered School No. 88, which teaches children from elementary to high school, armed with two “traumatic” handguns – non-lethal firearms often used by law enforcement – that have been converted into live ammunition firing. According to the regional office of the National Guard, the weapon was seized illegally.

According to the Investigative Committee, Russia’s chief investigative body, the att*cker “wore a black top with Nazi symbols and a balaclava.” The video released by the committee showed a red swastika on the att*cker’s shirt or jacket.

He was later identified as a local resident in his thirties who had graduated from the school.

“Currently, investigators are carrying out a search of his apartment and are examining the personality of the att*cker, as well as his views and the surrounding environment,” the committee wrote in a statement. “His attachment to neo-fascist views and Nazi ideology is proven.”

The committee found that the victims were children, as well as six adults, teachers and security guards at the school. A short video released by the police showed the body of the bandit, dressed in the back, on the bloody classroom floor.

Kremlin spokesman Dmitry Peskov said President Vladimir Putin “deeply mourns” the d*ath and ordered that “doctors, psychologists, neurosurgeons and other specialists” be sent to the scene.

Peskov told reporters during a conference call that the att*ck was likely by “someone who most likely belongs to a neo-Nazi organization or group.”