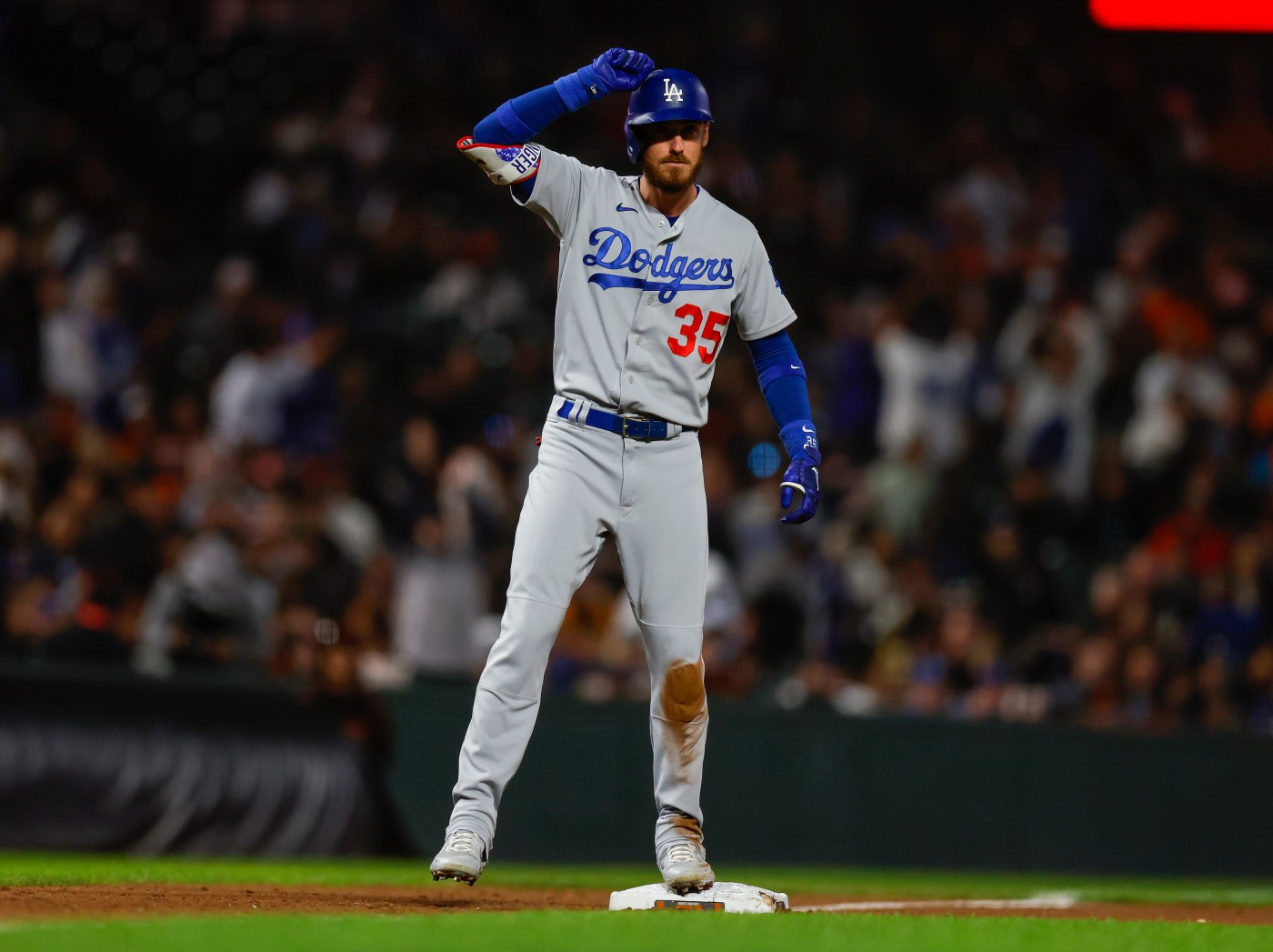 After the Giants signed Joc Pederson last spring, Farhan Zaidi sat on the bench at first base at Scottsdale Stadium and started talking about his newest signing. “That’s cool,” he began, “I mean, for me personally, I’m going back with him.”

A year later, the Giants and their family slugger extended their marriage. But for Zaidi, their relationship dates back to the Dodger era. And thanks to free agency, the Giants have already been linked with two more former Dodgers.

Free agent outfielder Cody Bellinger and midfielder Kenley Jansen are reportedly the club’s two targets this offseason. The 27-year-old Bellinger was the NL Rookie of the Year in 2017 and MVP in 2019, but the Dodgers did not bid him. Jansen, 35, signed for Atlanta last off-season and saved 41 games but achieved the second-highest ERA of his career.

Still, both players could be a good fit for the Giants lineup next season.

There was much speculation leading up to last week’s no-bid deadline that the Dodgers might sever ties with Bellinger, who not so long ago was regarded as one of their greatest domestic successes. In his MVP season at age 23, he hit 47 home runs with 1.035 OPS, but hit a total of 41 home runs with 0.648 OPS over three consecutive seasons.

While the Dodgers scoffed at the possible over $18 million they would owe him through arbitration, Bellinger continued to be their day-to-day center back despite his offensive struggles, for the same reason that should have made him attractive to the Giants: his gauntlet.

If the eye test wasn’t enough, the ratings were nearly unanimous: the Giants field finished last in save runs saved (-44), tied in last outs above average (-25), and second to last in the final zone rating (-21.8).

Bellinger was also the Golden Glove winner during that MVP campaign. Adding a center back like him – or Brandon Nimmo, who the Giants also reached for, per San Francisco Chronicle — allows them to bring Mike Yastrzemski and Austin Slater back to the corner where Yastrzemski was a finalist for the 2021 Golden Glove.

“Yaz is a really solid centre-back and has done a good job for us, but he’s also a golden glove caliber outfielder,” said Zaidi at the end of the season. “It’s an example of a case where if you add someone in the middle, it has a chance to improve you in two or three positions. That will be the goal.”

Bellinger’s agent Scott Boras has attributed his att*ck shortcomings to a shoulder injury and believes he will continue to gain strength. For this reason, it is also said that Boras is looking for a one-year contract for his client, one of the youngest free agents on the market, who can still earn a big payday with a rebound season.

Zaidi also said the Giants would be “opportunistic”, adding to the bullpen already starting to reconfigure late last season.

While they were reluctant to announce an official closer, Camilo Doval seemed quite ingrained in the role, especially after adding a third tone and even more speed to his radiator. Tyler Rogers, John Brebbia and Scott Alexander will also return, but could be used in lower leverage situations if the Giants add a top midfielder like Jansen, who spent the first 12 years of his career with the Dodgers (2.37 ERA, 350 saves).

According David Vassegh of SportsNetLA, Jansen and the Giants were in talks about a two-year deal. He made $16 million last season. Jon Morosi of the MLB Network was the first to report the mutual interest of the parties.

Not surprisingly, the Giants and Dodgers have only made three trades – none since 2007 – since they moved to California nearly 70 years ago. However, there have been more than a few players who have worn both uniforms.

Some of the more famous names in recent history: Jeff Kent, Jason Schmidt and Juan Uribe, who were all Giants first before donning the blue Dodger. The group also includes the current host of KNBR FP Santangelo, who left San Francisco for Los Angeles after the 1999 season. Even Juan Marichal and Orel Hershiser traded shirts towards the end of their careers. And of course, there’s this year’s World Series winner manager Dusty Baker, who was best known as a player in Los Angeles before starting out as a captain in San Francisco.

In addition to Pederson, the Giants had 26 starts and 17 relief appearances last season from former Los Angeles Zaidi players Alex Wood and Scott Alexander. Jake McGee did the opposite – Santangelo, going straight from the Dodgers bullpen to the Giants before being drafted last season.

Could Bellinger or Jansen – or Trea Turner – be the next player to add his name to the list?

Whether it’s Bellinger, Nimmo or their white whale Aaron Judge, the Giants seem set to sign an outfielder. One possible plan B: Mitch Haniger, who was limited to 57 games last season but was successful when he was healthy for five seasons in Seattle (.817 OPS).

The Giants are one of four teams, including the Dodgers, to show interest in the 32-year-old, who has played mostly right field in his career. Ken Rosenthal of The Athletic was the first to report interest from the Giants.

A graduate of San Jose’s Archbishop Mitty High School, Haniger also joined the growing list of Bay Area natives who have returned home and played for the Giants, including Pederson (Palo Alto) and Alexander (Santa Rosa).

Fun Fact: Haniger’s name can be found on a brick behind the starting board at Archbishop Mitty’s baseball field. Perhaps with a free agent deal in hand, he’ll make a large enough donation for full naming rights.