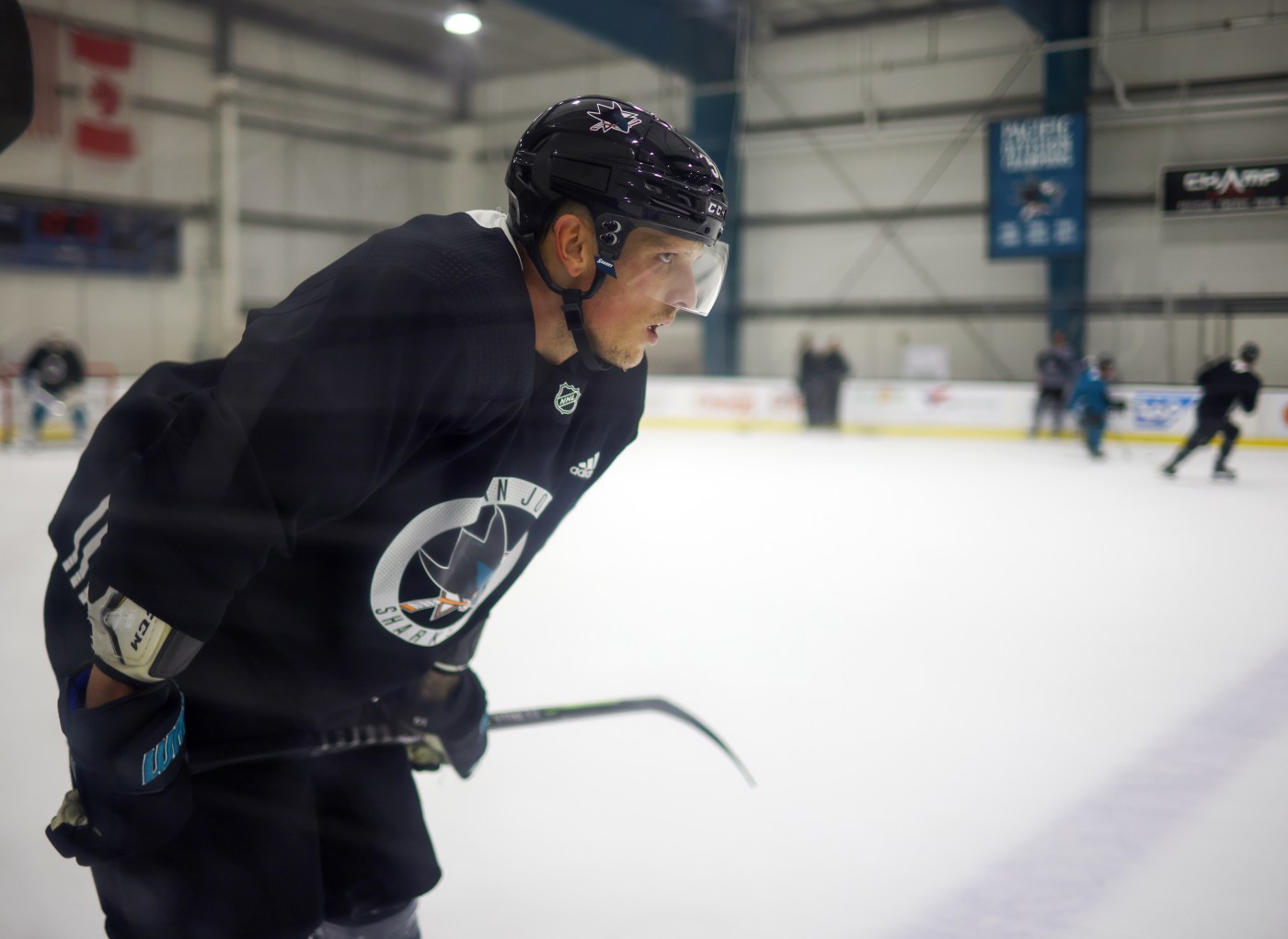 SAN JOSE – Radim Simek said he couldn’t understand why the NHL didn’t issue an additional penalty to a Minnesota Wild forward who hit him in the head. he said it was a mild concussion.

Simek, on his first substitution against the Wild on November 13, had already released the puck when he was hit in the head by Mason Shaw’s arm. Simek immediately left the rink, did not return and was placed in the injured reserve the next day.

The shot did not go into the hands of the judges, which Simek thought was understandable. However, he is unsure why Shaw was not fined or suspended by the NHL’s Department of Player Safety for a headshot that caused a significant and preventable injury.

“(Shaw) had a chance to hit my body, but he didn’t even try to hit me. It went through my head,” Simek told this news organization. “I think it was a dirty, dirty game. So I was really (nervous about it). But now I have to change. I just need to practice and be ready for the next game. That’s all I can do.

Simek already had a concussion, but added that it was the worst hit he had ever taken.

“(My chest) was open to (Shaw) and he could hit my body, you know? If it hit my body, I’d be fine because it would be a clean punch,” Simek said. “But he only went for my head and for me it was a dirty hit.”

Sim’s condition improved early last week and he started skating again on Thursday. He was on the ice on Monday as he qualified for activation but stayed on the IR and will miss his fourth straight game as the Sharks play the Ottawa Senators at the SAP Center.

Simek passed his off-ice tests and, if he doesn’t fail, is scheduled to train again on Tuesday morning and fly with the team to Seattle, where the Sharks play the Kraken on Wednesday night. Sharks coach David Quinn said he wanted Simek to go through a full training session before deciding whether to put him in the squad.

“Your head is not like your hand. You have to be careful because you have the rest of your life – said Simek.

After Wednesday, the Sharks will play the Los Angeles Kings on Friday and the Vancouver Canucks on Sunday.

Rookie Defender Nick Cicek took Simk’s place in the lineup and earned Quinn praise for his play. But the Sharks were leading 1-2-0 in Simk’s absence before Monday’s game.

The 30-year-old Simek played in all 17 games this season before the injury, scoring one goal and recording -8, as he did most with Mario Ferraro.

One of the more physical defenders of the Sharks, Simek averaged 14:43 ice time per game, a notable jump from the 13:17 he averaged last season under former coach Bob Boughner.

“The first 10 games, I think it was pretty good. It felt like my first season” in the 2018-19 season, Simek said about his play so far this year. “I had chances and scored a goal, but I’m not satisfied with the pros and cons.

“I feel confident and supported by the coaching staff, which is important for a player. If your coach doesn’t trust you, it’s hard to play. But they trust me so far, I hope they trust me this season and I hope I continue to play well.

INPUTS AND OUTPUTS: Noah Gregor and Jonah Gadjovich, who had been fit for five straight games before Monday, were due to return to the lineup on Monday.

The last match between Gregor and Gadjovich took place on November 10 in St. Louis when the Sharks lost to the Blues 5-3. The Sharks followed this loss with three straight wins to complete the trip, but started their home run with losses to Detroit and the New York Rangers.

After Gregor and Gadjovich entered, Oskar Lindblom and Evgeny Svechnikov were to become healthy scratches.

Kahkonen’s last match was in St. Louis, where he scored four goals from 32 shots, but prior to Monday he was also the only goalkeeper for the Sharks to have a home victory, as he made 22 saves in a 4-3 win over San Jose. Toronto Maple Leafs Oct. 27. Kahkonen came in Monday with a record of 1-4-1 and a saving percentage of 0.878.