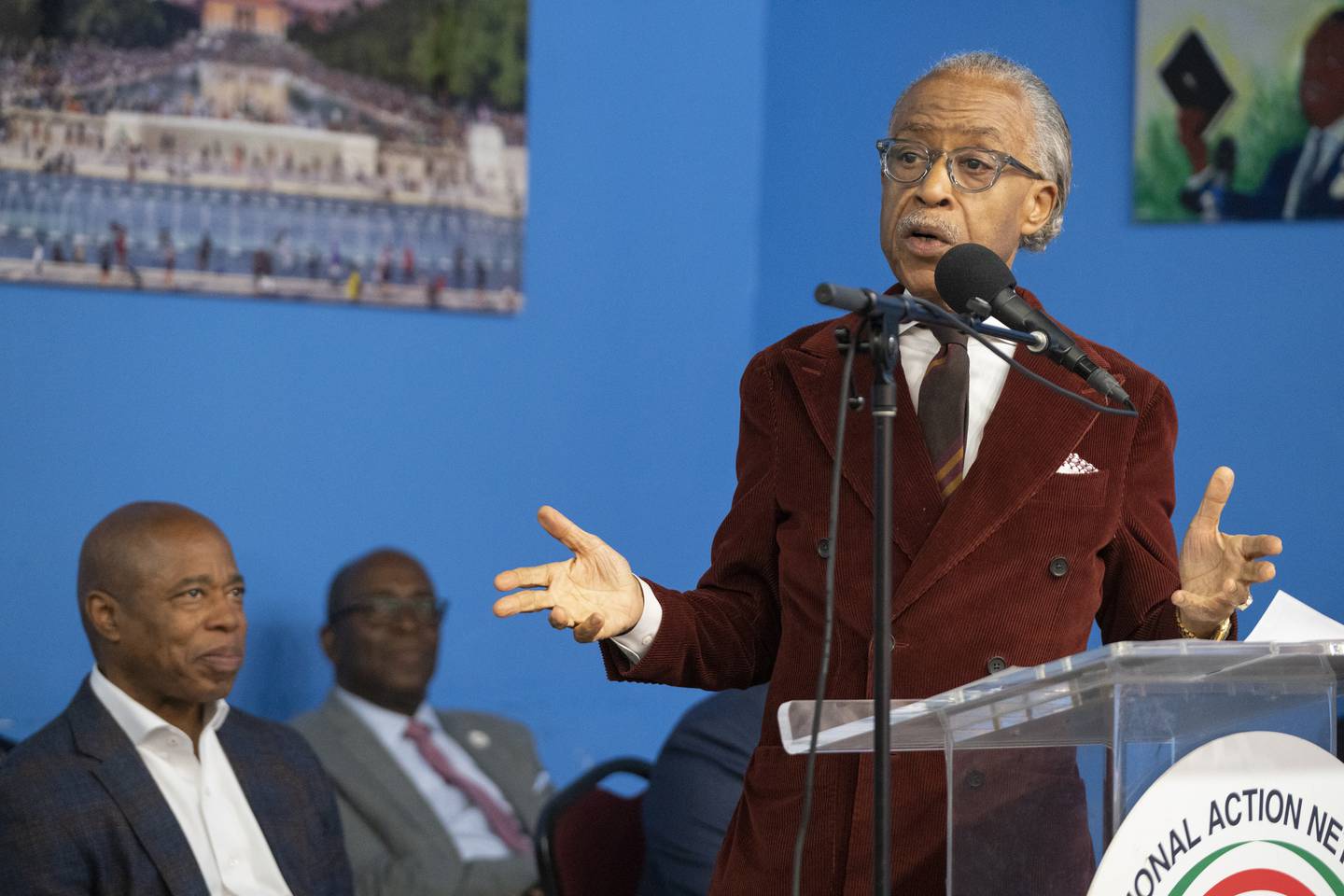 Speaking at his National Action Network headquarters in Harlem, Sharpton praised Adams for focusing his role as mayor on fighting crime as well as police misconduct within the NYPD.

“We want our community to be safe from both the cops and robbers who are evil, and we will support the mayor on this,” Sharpton said at his group’s Thanksgiving dinner as Adams stood beside him on stage.

Sharpton argued that the mayor’s two-tier approach was a “civil rights” issue.

“We will fight together against crime in the city and against this police force that is over the top. It is neither one nor the other. People are hurting people in our community, they’re stealing from people, they’re a civil rights violation, so are the police,” he said.

Referring to left-wing Democrats skeptical of some of Adams’ anti-crime policies, Sharpton said:

“You know what I call them, those people who get all those expensive drinks – latte liberals. They don’t speak for us. People on earth need to be protected both ways, and looking the other way is nothing progressive.”

Also on stage with Sharpton during his Thanksgiving speech were Comptroller Brad Lander and Council President Adrienne Adams, who have increasingly clashed with the mayor over public safety and other issues in recent months.

Speaker Adams, who is not related to the mayor, earlier this week described his latest round of budget cuts to city agencies as “troublesome” – and expressed concern in particular about his decision to significantly relieve the NYPD of its belt-tightening initiative.

“I believe all agencies are created equal,” a speaker told the Daily News on Tuesday, “so my view is that all agencies should be laid out, looked at and acted accordingly.”

In her own remarks at Sharpton’s Christmas dinner, speaker Adams avoided hot topics and said she was “grateful” to share the stage with the mayor. Lander was equally cordial, saying it was “so good” to join the mayor and speaker for the event.

The mayor, who kicked off Thanksgiving with a breakfast for the families of first responders killed or injured in the line of duty, told National Action Network headquarters that he plans to visit Rikers Island later in the day to share a meal with a prisoner who recently gave birth behind bars.

[ Mayor Adams defends mostly sparing NYPD from latest budget cuts: ‘I have to make sure the city is safe’ ]

“I will sit down and have a meal with her because she is trapped now. And I will talk to those prison officers and those inside,” he said.

The mayor did not answer questions at the event, and Sharpton gleefully warned reporters that they would not be allowed to attend the Christmas feast if they tried to ask a question.

“The press was always asking the mayor some nasty questions,” he said. “Everyone has a nasty question for him – you can ask it, but then don’t eat my food.”