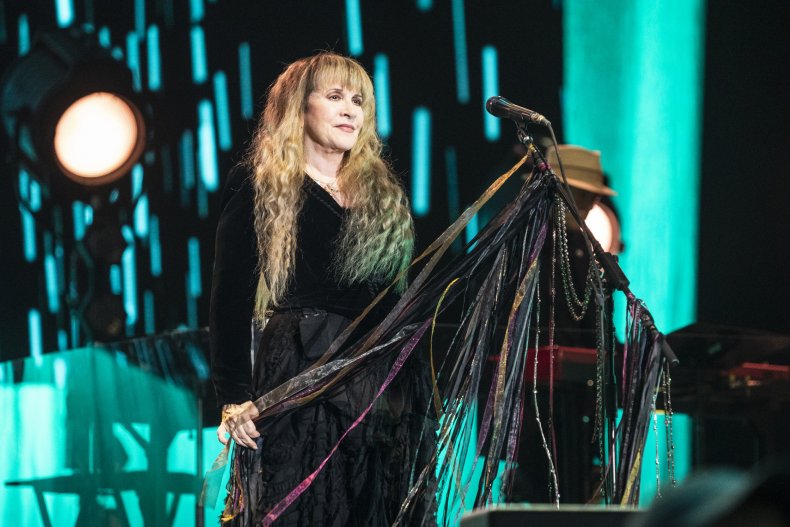 Stevie Nicks announced on Wednesday that she is releasing new music in the classic Stevie fashion: via a heartwarming, handwritten note.

On lined paper in italics, the Fleetwood Mac star wrote: “I’m very excited to release my new song this Friday. It’s called For What Its Worth and was written by Stephen Stills in 1966. It meant something to me then, and now it means something to me. I’ve always wanted to interpret it [through] the eyes of a woman – and it seems that today, in the times we live in – she has a lot to say ”.

“I can’t wait to hear that,” she said, heart signing.

The rock’n’roll icon shared her message on social media, and Twitter was really excited about the news.

“STEVIE NICKS IS SOON LAUNCHING NEW MUSIC” – one of the users he wrote.

Another wrote: “What other rock legend announces something special for fans by sharing a handwritten journal page? Thank you! I can’t wait to hear your voice on this great song! ♥ ️ #ForWhatItsWorth “.

A social media site for Stephen Stills as well commented“I can’t wait to hear that.”

Stills, known for being a member of the Crosby supergroup Stills & Nash, wrote the song “For What It’s Worth” for Buffalo Springfield for recording. It was released as a single on December 23, 1966 and reportedly reached number 7 on Billboard Hot 100 in 1967.

The song is known for its iconic chorus: “Time to stop, hey, what’s that sound? Everyone is watching what is happening? “

Originally, according to sources, the song was written about youth rallies that protested anti-vagrancy laws and the closure of the Pandora’s Box nightclub in West Hollywood, California. However, the song has been used in some anti-war protests, mainly due to the nature of the lyrics, including verses such as “They’re making the lines of battle / Nobody’s right if everyone is wrong / Young People Say What They Think / Backwards.”

The song was previously covered by artists such as Ozzy Osbourne and Queensryche, but no doubt Nicks will give the song its own level of charm with its wizarding vocals.

The rock’n’roll legend is currently touring North America, with her next show scheduled for Thursday in Bangor, Maine.

Nicks’ release “For What It’s Worth” will be her first new music release since 2014, when she released the album 24 carat gold: songs from the treasury, which was a collection of re-recorded demos, written between 1969 and 1987. Before that, her last album was In your dreams in 2011, an album with new songs was released, one of which was also titled “For What It’s Worth”.