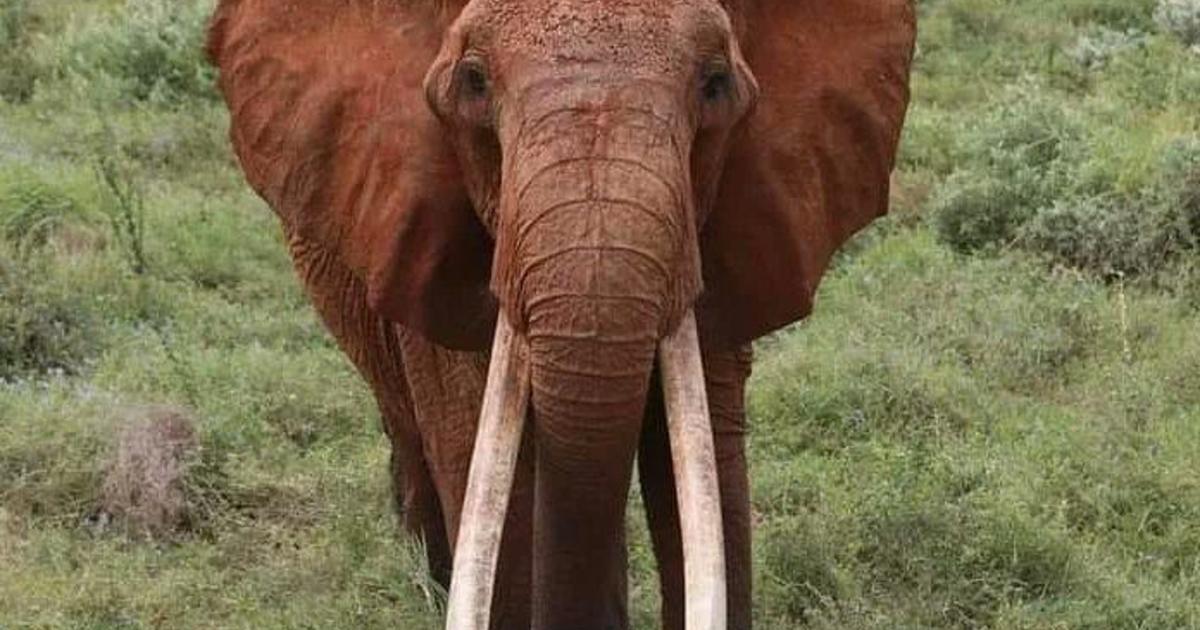 Africa’s largest female elephant has died. Dida, who is believed to be the matriarch of Tsavo East National Park in Kenya, died this week of natural causes, Kenya Wildlife Service He said. She was considered to be from 60 to 65 years old.

“Dida was a true Tsavo cult matriarch and a great treasure trove of knowledge from many decades,” said the Kenya Wildlife Service. “She has been grazing her herd for many seasons and difficult times.”

Dida was a tusked elephant, which meant she had fangs so large they scratched the ground. There are only about 25 cows left in the world, most of which live in the Tsavo protected area, According to Tsavo Trust, which was established in 2013 to help protect the fangs which are extremely rare and endangered by poachers.

These large fangs are especially notable in women, so Dida has stood out as an iconic matriarch in the park.

The Trust lost sight of Dida last year and thought she might have wandered into the ‘elephant cemetery’. While these are not said to be the “dark haunting” places depicted in The Lion King, older elephants sometimes separate from the herd when they die. “We’re not sure why this happens, and it is certainly not a rule that all elephants follow as they come to the end, but it certainly does,” said the Trust.

Their hope for Dida was restored when a tourist took a photo of her last May. The elephant appeared to be in good health and was seen with others, even playing with a young elephant.

“She has lived longer than many of us thought she would be. For us, enabling the elephant to live life to the fullest is something we are very proud of. ” Trust wrote in the statement of Dida’s d*ath on Instagram.

The trust said it did not have 2016 data on the condition of elephants in Africa, but was “encouraged by positive anti-poaching results” recently reported by neighboring Tanzania.

The International Union for Conservation of Nature prepares a report on the African elephant every 10 years. The most recent report from 2016 found that there were 415,000 elephants in Africa – a decrease of 93,000 since 2006, but the number may vary as some elephants are not included.

CBS News has contacted Tsavo East National Park and Tsavo Trust for more information on Dida and is awaiting a response.