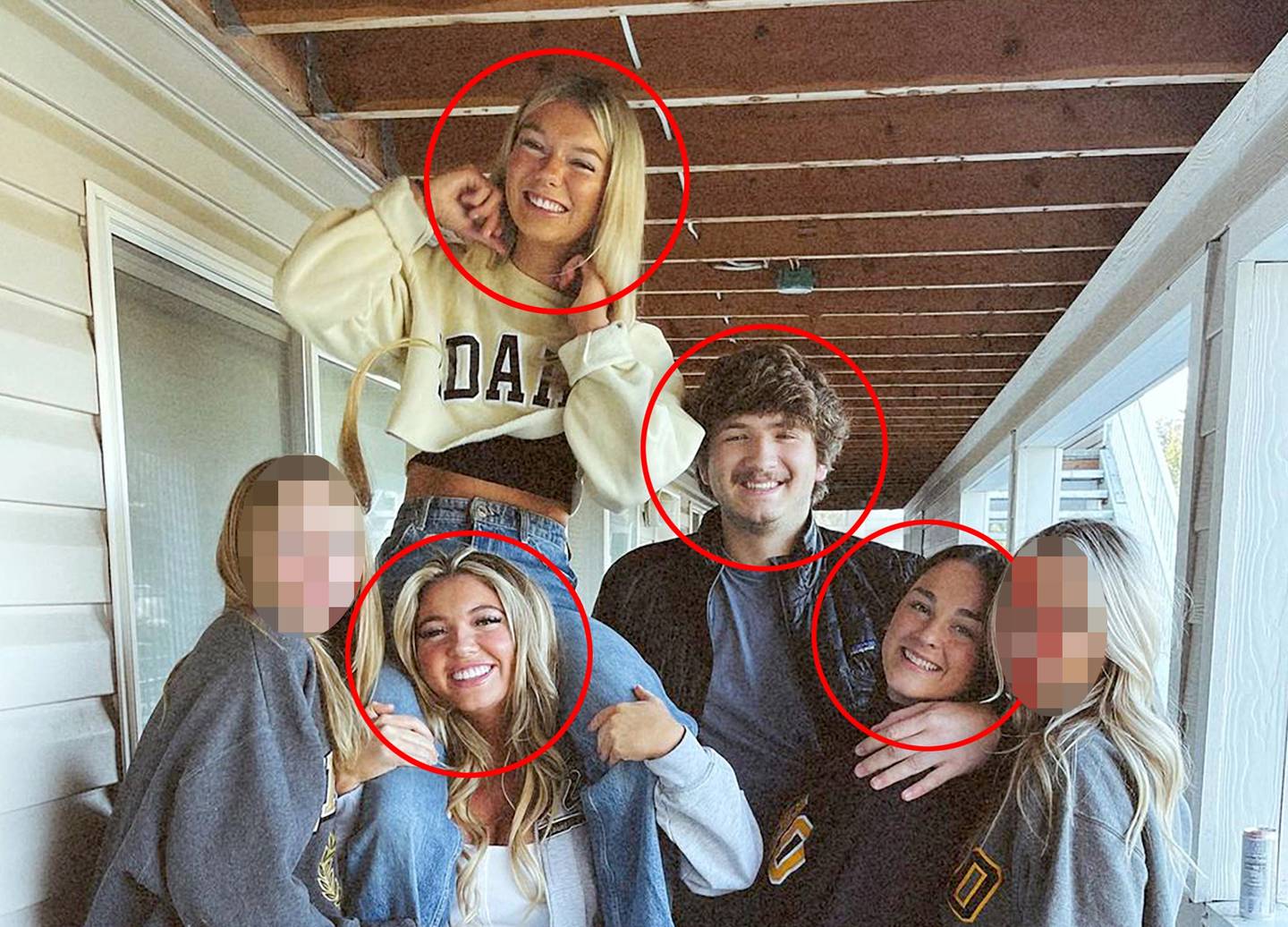 One of four University of Idaho students found dead in a house near campus called the same person seven times before being brutally stabbed to d*ath, her sister has revealed.

Authorities believe Madison Mogen, 21, Kaylee Goncalves, 21, Xana Kernodle, 20, and Ethan Chapin, 20, were killed between 3 and 4 a.m. last Sunday. Alivia wonders why her sister called the man identified as Jack several times on the night of her m*rder.

Hours before the brutal killings, police said Chapin and Kernodle attended a party at the Sigma Chi fraternity house from 8:00 p.m. to 9:00 p.m., while Goncalves and Mogen were at the Corner Club sports bar between 10:00 p.m. and 1:00 a.m. thirty. from a food truck where they chatted with other customers for about 10 minutes.

Goncalves and Mogen then went to a “private party” before returning home at 1:45 a.m., according to authorities. All four victims returned home before 2am on Sunday.

Alivia’s claim comes after authorities revealed that all four victims were “probably asleep” before the att*ck took place in the early hours of the morning. Latah County Coroner Cathy Mabbutt listed the causes of d*ath as stabbing homicide. She added that some of the victims were still in their beds when they were killed, while “some had defensive wounds.”

The m*rder weapon, possibly a large butcher’s knife, has not been found.

Police said there was no sign of a break-in when they initially responded to a rented house in Moscow where Goncalves lived with Mogen and Kernondle. Mabutt said the walls were stained with blood when she arrived at the scene. Evidence recovered during the ongoing investigation suggests the att*ck was “targeted” and “isolated”, police said but gave no further details.