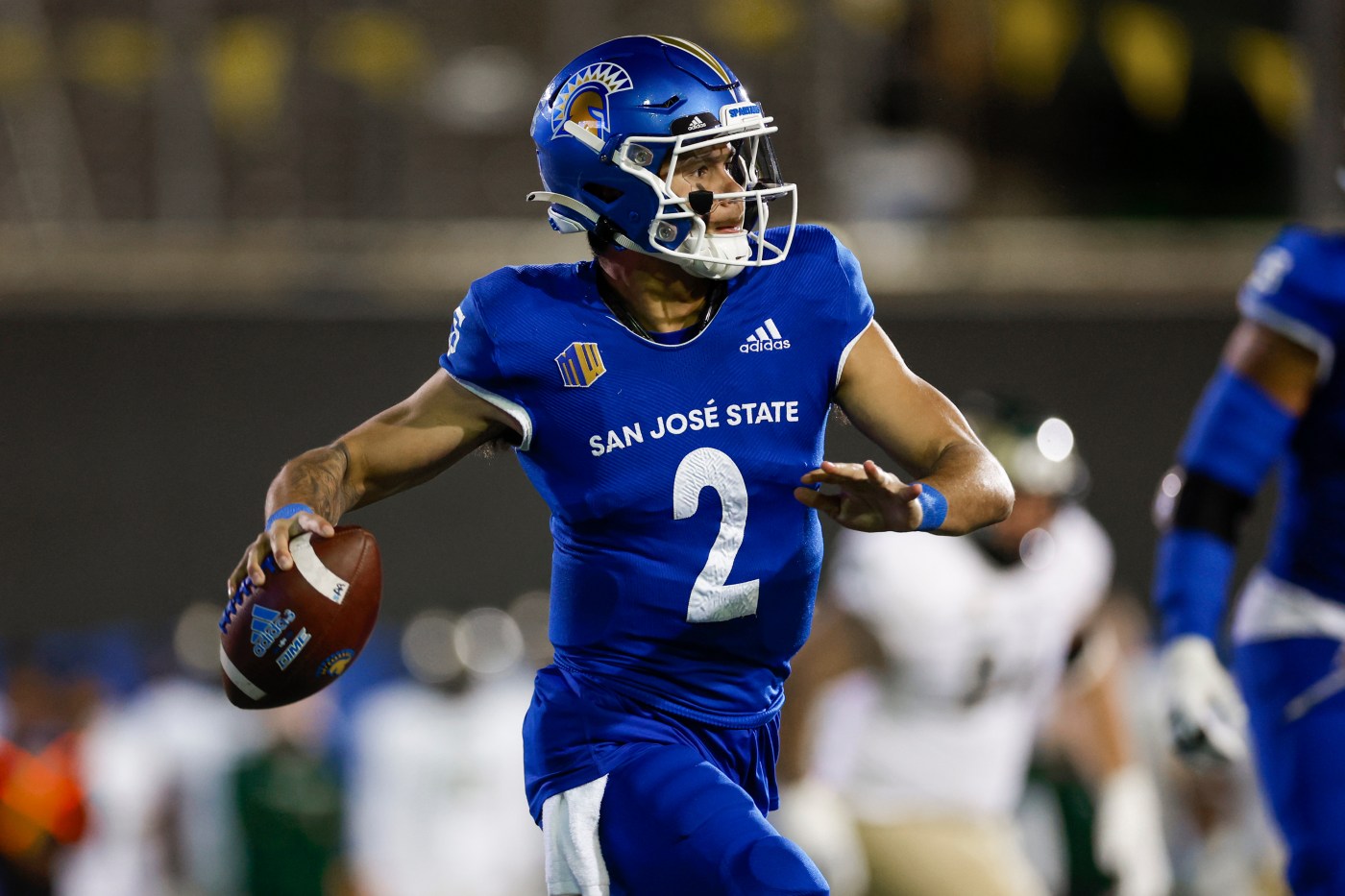 The defeat of the Spartans meant only the second conference defeat. Their only prior was against Mountain West leader, Fresno State. As Fresno State won the game against the University of Las Vegas this week, the Bulldogs would have to lose the remaining two games for SJSU to have a chance of winning the conference title.

The Spartans took the early lead in touchdowns one by one. Elijah Cooks was the owner of his first disk. First he made a one-handed catch against the rules of gravity to 27 yards to finally set his touchdown four yards from the Chevan Cordeiro.

Novice Michael Dansby picked SDSU quarterback Jalen Mayden to set up a second touchdown at San Jose State. Their 31-yard ride culminated in a Cordeiro’s three-yard touchdown that made the Spartans 14-0.

Then the Aztecs went to tears. First with Jordan Byrd’s return punch from 95 yards to cut the deficit in half.
Defending the SJSU red zone comes into play on the next SDSU threat, keep them on goal to reach 14-10.

But Mayden found Tyrell Shavers 66 yards to touchdown to rise 17-14. The 16-play drive then culminating in Mekhi Shaw’s 17-yard catch gave SDSU the lead of 24-14.

The Aztecs added with a touchdown to open the second half and rise 31-14. Then again 3 minutes before the end of the third quarter to advance 38-14.

The Spartans return to the board after a 32-yard touchdown by Skyler Loving-Black, but a failed two-point conversion allowed them to lose three points, losing 38-20.

But Cordeiro tossed his third pick of the season on their next ride in an attempt to pass Justin Lockhart.

At the end of the fourth quarter, Codeiro found Isaiah Hamilton for a 21-yard touchdown, but it was too little, too late.