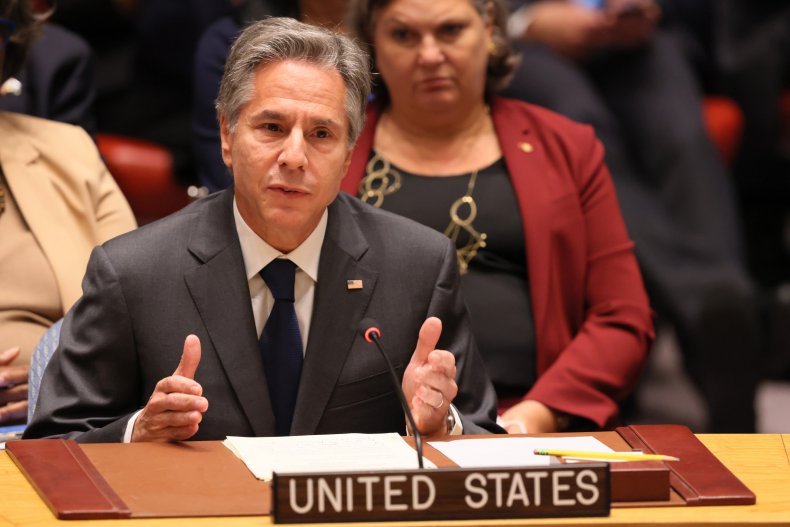 Russian President Vladimir Putin has been accused by Western leaders of nuclear saber-shaking after he, in a pre-recorded speech on September 21, said: “If Russia feels that its territorial integrity is under threat, we will use all the means of defense at our disposal, and this is not a bluff. “.

“Those who try to blackmail us with nuclear weapons should know that the winds can also blow their way,” Putin said, arguing – without evidence – that senior NATO officials raised the possibility of using such weapons against Russia.

In the same speech, he announced the mobilization of another 300,000. reservists to be sent to the front lines in the face of a series of setbacks for the Russian army in Ukraine.

The conversation about the war and the potential nuclear threat dominated the annual UN General Assembly in New York last week. The summit witnessed the convergence of over 120 world leaders, including US President Joe Biden.

“We’ve heard a lot of irresponsible rhetoric from Vladimir Putin, but our focus is on making sure we all act responsibly, especially when it comes to this kind of loose rhetoric. Russians both publicly and privately to stem the loose discussion of nuclear weapons, Blinken told CBS 60 Minutes.

He confirmed that privately American officials are communicating with the Kremlin about the threat of nuclear war.

“It is very important for Moscow to hear from us and know from us that the consequences would be terrifying, and we made it clear. Vladimir Putin has a clear way out of the war he started, and that is until its end. If Russia stops fighting, the war ends. If Ukraine stops fighting, Ukraine will end.

When asked if there was anyone in the Kremlin who could tell Vladimir Putin “no” if he chooses to launch nuclear weapons on the battlefield, Blinken said: “They have a chain of command. what you point at is more of a challenge. And this is the Achilles’ heel of autocracy everywhere – usually there is no one with the ability or the will to tell the truth to the authorities, and one of the reasons I think is that Russia is in a mess it is in because there is no system in the system. no one who can effectively tell Putin that he is doing something wrong.

Last week, Joe Biden told CBS 60 Minutes that if Russia resorted to nuclear weapons, it would trigger a “consistent” US response.

Pressed on what he means by this, Blinken made no comment.

“I will not wonder what the consequences would be. Any use of nuclear weapons would, of course, be disastrous for the country that uses them, but also for many others. ‘

He said the Biden administration has a plan.

Newsweek contacted the Russian Foreign Ministry for a comment.

On September 23, former Russian prime minister Mikhail Kasyanov, who served as head of Putin’s government in 2000-2004, said: Newsweek that Putin was possibly bluffing about the use of nuclear weapons.