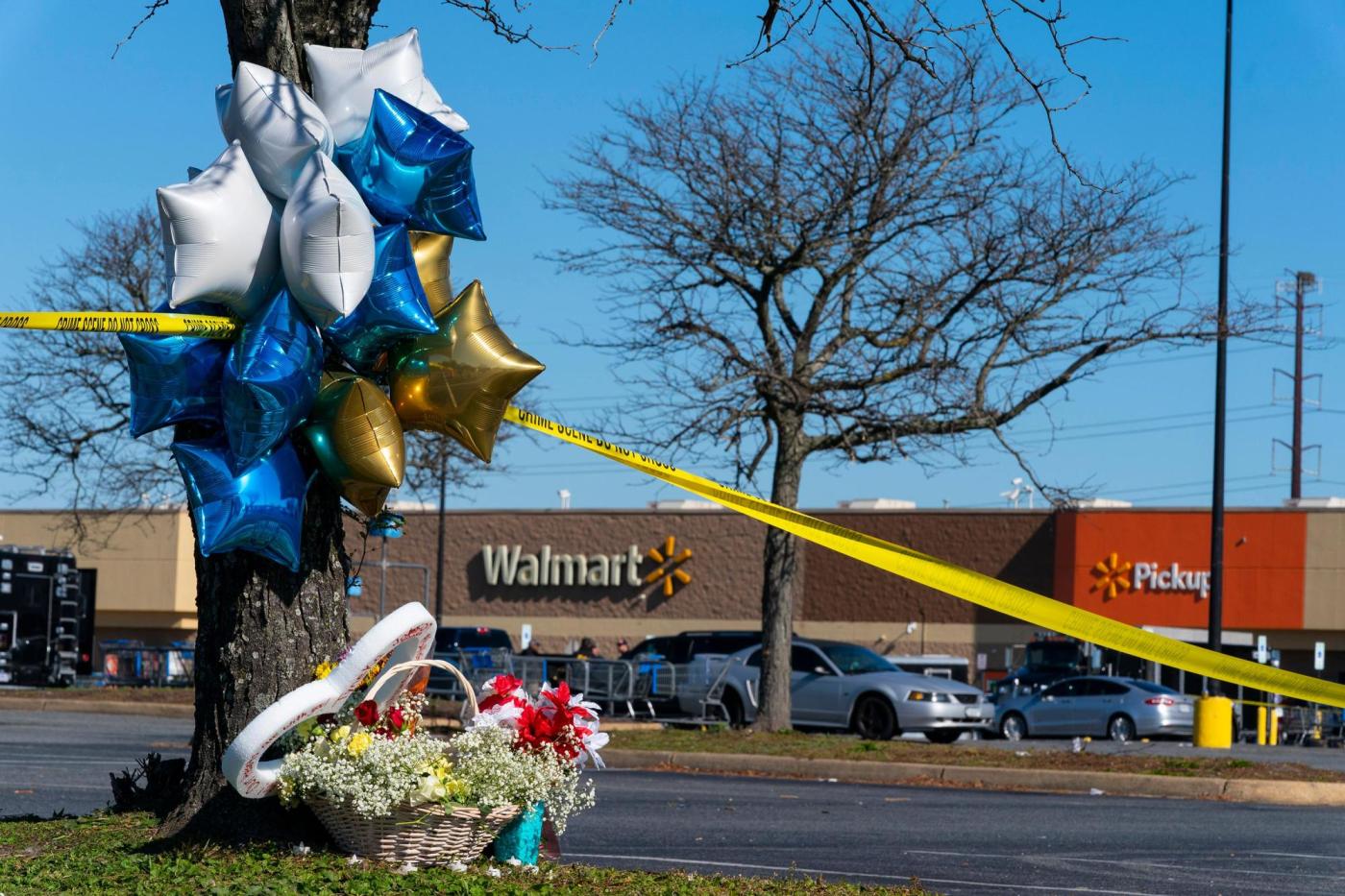 CHESAPEAKE, Virginia (AP) — A Walmart supervisor who shot six associates in Virginia appeared to target people and shot some of the victims after they were already hit and appeared dead, said a witness who was present when the shooting began.

Jessica Wilczewski said employees had gathered in the store’s break room to start the night shift late Tuesday when team leader Andre Bing walked in and opened fire with a pistol. While another witness described Bing as shooting wildly, Wilczewski said she saw him aim at specific individuals.

“The way he was behaving – he was going hunting,” Wilczewski told The Associated Press on Thursday. “The way he looked at people’s faces and the way he did what he did was picking people out.”

She said she saw him shoot people who were already on the ground.

“All I know is that he made sure the person he wanted to kill was dead,” she said. “He went back and shot corpses that were already dead. Make sure.”

Wilczewski said she had only been working at the store for five days and did not know who Bing got along with or had issues with. She said the fact that she was a new employee may have been the reason he spared her.

She said that after the shooting began, a co-worker sitting next to her pulled her under a table to take cover. She said that at one point Bing told her to get out from under the table. But when he saw who she was, he told her, “Jessie, go home.” She said she slowly got up and then ran out of the store.

Meanwhile, the police try to determine a motive, while former associates try to understand the madness in Chesapeake, a town of approximately 250,000 people near the Virginia coast.

Some who worked with Bing said he had a reputation for being an aggressive, if not hostile, supervisor who once admitted to having “anger issues”. But he could also make people laugh, and he seemed to deal with the typical work stress many people face.

“I don’t think he has many people he can rely on in his personal life,” said Nathan Sinclair, who worked at Walmart for almost a year before leaving earlier this month.

In conversations between co-workers, “We’d like to say ‘work consumes my life.’ A (Bing) would say, “Yeah, I don’t have a social life anyway,” Sinclair recalled Thursday.

Sinclair said he and Bing did not get along. Sinclair said that Bing was known for being “verbally hostile” to employees and was not particularly well-liked. But there were times when Bing was ridiculed and not necessarily treated fairly.

“You don’t know what he might be thinking… You never know if someone really doesn’t have a support group,” Sinclair said.

All in all, Bing seemed pretty normal to Janice Strausburg, who knew him from working at Walmart for 13 years before leaving in June.

Bing can be “grumpy” but he can also be “calm,” she said. He made people laugh and told Strausburg that he liked to dance. When she invited him to church, he declined, but mentioned that his mother was a preacher.

Strausburg believed that Bing’s grumpiness stemmed from the stress of any job. He also once told her that he “had anger issues” and complained that he was going to “get managers in trouble.”

She never expected it.

“I think he had mental problems,” Strausburg said on Thursday. “What else could it be?”

Tuesday night’s violence in the Chesapeake was the second mass shooting in the country in four days. Bing was dead when officers arrived at the store in the state’s second largest city. Authorities said he apparently shot himself.

Police identified the victims as 38-year-old Brian Pendleton; Kellie Pyle, 52; Lorenzo Gamble, 43; and Randy Blevins, 70, all from Chesapeake; and Tyneka Johnson, 22, from nearby Portsmouth. They said a 16-year-old boy was among the dead, whose name was withheld due to his age.

A Walmart spokesperson confirmed in an email that all of the victims worked for the company.

Krystal Kawabata, a spokeswoman for the FBI’s Norfolk, Virginia field office, confirmed the agency was assisting police with the investigation, but had referred all inquiries to the Chesapeake Police Department, the primary investigative agency.

“He was just shooting all over the room. It didn’t matter who he hit,” Briana Tyler, a Walmart employee, told the AP on Wednesday.

Six people were also injured in a shooting just after 10 p.m. while shoppers were shopping for Thanksgiving. Police say about 50 people were in the store at the time.

Bing, 31, was identified as the team leader who had been a Walmart employee since 2010. Police said he had one handgun and several magazines of ammunition.

Tyler said the nightly team of 15 to 20 people had just gathered in the break room to discuss the morning’s plan. Another team leader started talking as Bing entered the room and opened fire, Tyler and Wiczewski said.

Tyler, who started at Walmart two months ago and had worked with Bing just one night before, said she’d never had a negative experience with him, but others had told her he was “a manager to watch out for.” She said Bing had a history of saving people for no reason.

The att*ck was the second major shooting in Virginia this month. Three University of Virginia football players were fatally shot on a bus on November 13 as they were returning from a field trip. Two other students were injured.

The Walmart shooting also comes days after a person opened fire on a gay nightclub in Colorado Springs, Colorado – killing five and injuring 17. The Tuesday night shooting brought back memories of another att*ck on Walmart in 2019 when a gunman killed 23 people in a store in El Paso, Texas.

Wilczewski, who survived Tuesday’s shooting in Virginia, said she tried but couldn’t bring herself to visit the memorial in the store’s parking lot on Wednesday.

“I wrote a letter and wanted to put it there,” she said. “I have written to those whom I have seen die. And I said I’m sorry I didn’t speak louder. I’m sorry you didn’t feel my touch. But you weren’t alone.