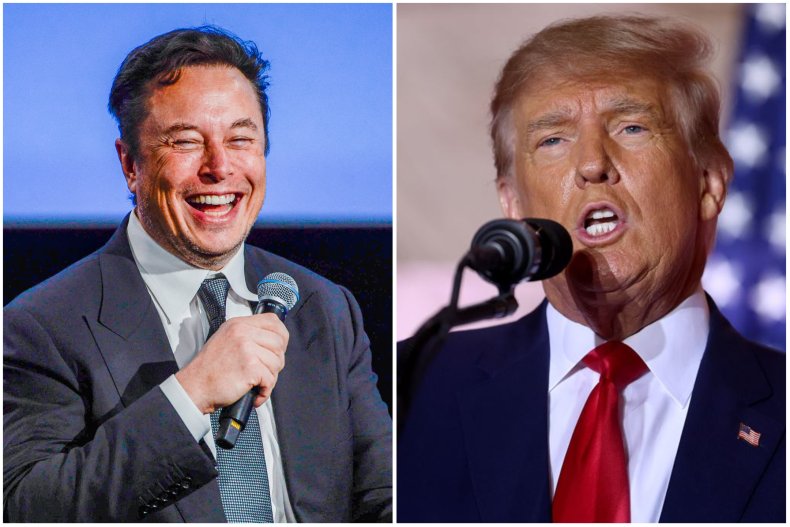 Donald Trump’s Twitter account has gained over 25 million followers since Elon Musk brought the former president back to the social media platform.

Trump’s return to Twitter began after new owner Musk, 51, posted a poll on Friday night asking if the former president’s account should be reinstated.

The poll ended with a 52 percent vote to reinstate Trump, prompting Musk to reinstate the account. Approximately 15,085,458 people voted at the end of the poll.

Musk, who recently bought Twitter for $44 billion, said: “People have spoken. Trump will be reinstated. Vox populi, vox dei. The last words in Latin mean “voice of the people, voice of God”.

Trump was banned from Twitter on January 8, 2021, two days after his supporters att*cked the Washington Capitol building. The former president later launched his own social media platform, Truth Social.

But Trump, who had 88 million followers, said he would disregard Twitter and did not post on his account as a narrow majority voted to bring it back.

On Saturday, Trump spoke at the annual meeting of the leaders of the Republican Jewish Coalition and appeared to be hinting that he would not return to Twitter.

Responding to a question about the poll, Trump said Musk was a “character” with whom he “got along well” during his presidency.

“He took the survey and I heard it’s very overwhelming, very powerful,” Trump said, before quickly pointing out that he now has his own platform.

“Truth Social is through the roof, doing phenomenally well. The press doesn’t like to talk about it, but it’s doing phenomenal. I think engagement is much better than Twitter.”

Trump added: “But I heard we have a big vote to go back to Twitter as well. I don’t see it because I don’t see any reason for it. They have a lot of problems on Twitter, you see what’s going on. It might work, maybe not.

Despite Trump announcing he would not return to the platform, many conservatives and Republicans celebrated the lifting of his ban.

Trump’s reinstatement is likely to delight supporters of the debunked QAnon conspiracy theory, many of whom believe the former president will expose members of a global p*dophile ring.

Following the poll results, QAnon influencer John Sabal told his 61,000 Telegram followers: “On your mark, @realdonaldtrump. We humans are ready.”

But Trump critics criticized Twitter’s decision and shared information that appears to tie the former president closely to the January 6 Capitol storming.

Representative Liz Cheney (R-WY) shared a link to the government’s January 6 Select Committee website and tweeted: “With Trump back on Twitter, it’s a good time to watch the January 6 hearing. It includes every one of Trump’s tweets from that day, including those that have been deleted, and features multiple Trump WH (White House) employees describing his inexcusable behavior during the violence.”

Anti-Defamation League (ADL) CEO Jonathan Greenblatt was critical of Musk’s decision and said in a Sunday tweet: “The fact that @elonmusk allowed Donald Trump to come back to Twitter, ostensibly after a short survey, shows he doesn’t take protection seriously platforms. against hate, harassment and disinformation.