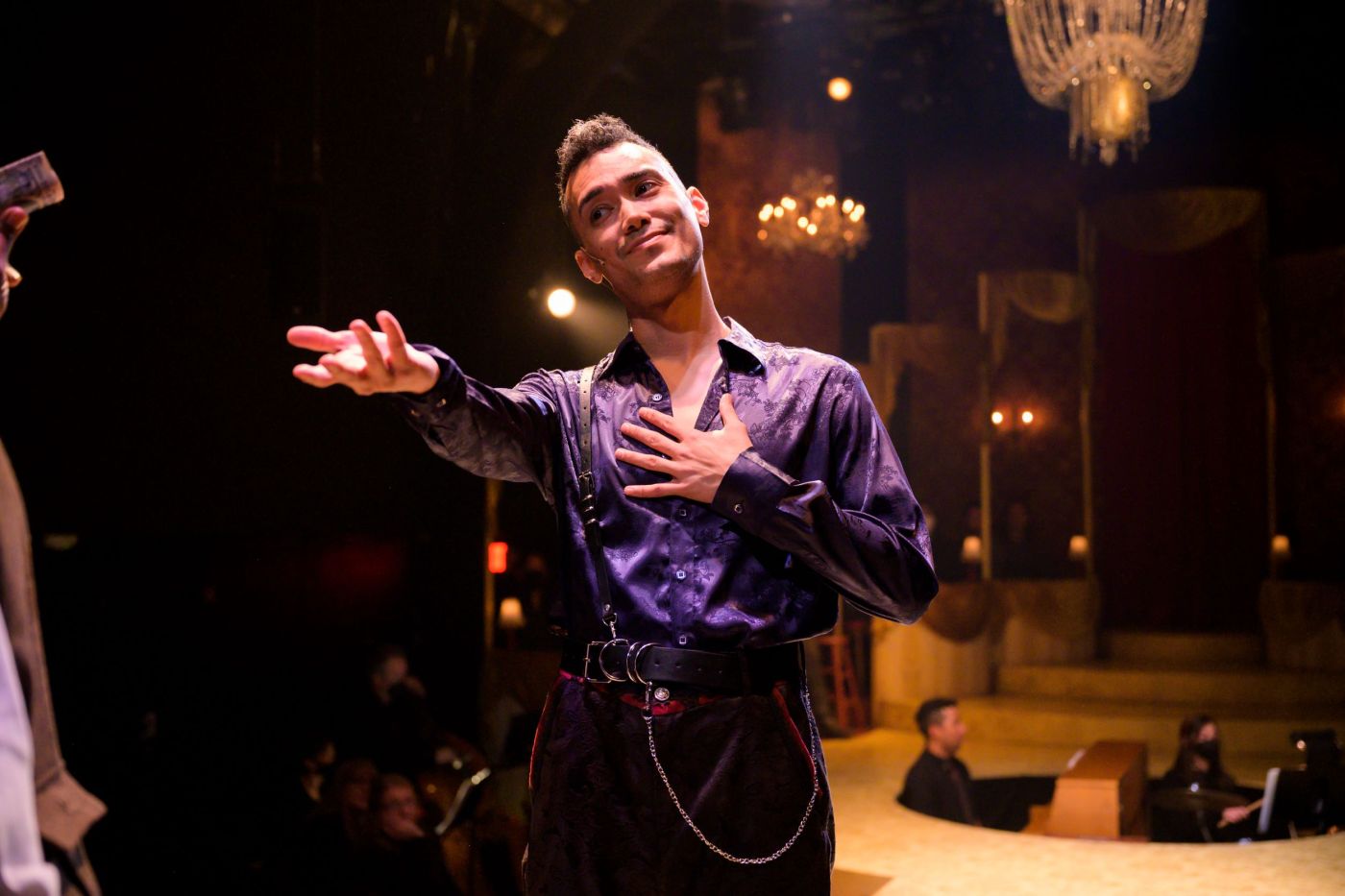 Excerpt from the famous, long and intricate masterpiece of the Russian novelist Leo Tolstoy, “War and Peace” may seem like the unlikely source of a Broadway musical, but “Natasha, Pierre, and the Big Comet of 1812” is no ordinary Broadway musical.

This is a singing “electro pop opera” by composer Dave Malloy, a former Bay Area resident. And as you can see in the current Shotgun Players production at Berkeley, it’s brilliant.

Local viewers may already be familiar with Malloy’s dynamic and often humorous work in a stunningly eclectic mix of styles. The Shotgun premiered its dazzling “Beowulf – A Thousand Years of Luggage” and Rasputin’s musical “Beardo”. His sublime “Octet” recently appeared on the Berkeley Rep, and “Ghost Quartet” played Curran a few years ago. And above all, he created new, inventive works in spaces from the EXIT theater to the Willard Middle School metal store.

The Great Comet made Malloy’s debut on Broadway in 2016 in an acclaimed production nominated for 12 Tony Awards, including Best Musical, Book, Soundtrack and Orchestration – all for Malloy himself. There has been a long wait for the Bay Area to get a chance to see this, and it seems the Shotgun will be the theater to do so.

The show largely tells the story of a young, naive countess Natalia Ilyinichna Rostova, known as Natasha, who is seduced by the debauchery Anatol while waiting for her fiancé Andrey to return from the war against Napoleon’s army. The second title character, Pierre, is a depressed, unhappily married man who drifts in his own life.

Nina Ball’s set design turns the theater into an elegant cabaret nightclub with a long catwalk-style stage with some of the audience sitting next to it and some downstairs, like in an opera box. This elegance is reflected in the costumes of Jasmine Milan Williams, full of colorful dresses and loads of fur.

Some of the seven-piece band led by music director and pianist Daniel Alley are located in the small circular pit in the center of the stage, while others play on either side of the stage.

Eleven actors play a large cast of characters, humorously cataloged with brief descriptions in a noisy ensemble at first.

Albert Hodge (who starred in the recent Shotgun production “Passing Strange”) exudes a yearning sadness as the mild-mannered, unhappy married Pierre, who largely refrains from acting as he is from living. He and Natasha don’t interact until almost 2.5 hours after the show starts, very close to the end.

Jacqueline Dennis is a sweet dreamer as Natasha, stunned by the attention she draws and touchingly tormented when things inevitably go wrong. Veronica Renner is anxiously empathetic as Natasha’s concerned friend Sonya, especially when she accompanies herself on an acoustic guitar in a lovely folk-style lament. Michelle Ianiro is a long-established, optimistic character as Marya, their host as they await the brides’ return.

The pair of walking, seductive siblings have troubles written on them. One is the stealthy, leaning Hélène Angel Adedokun, with snake-like movements and a soulful solo track. The other is her brother, Nick Rodrigues as smiling, manipulative Anatol, a soulless womanizer with a gentlemanly fervor.

The entire cast is superb, including Christian Arteaga as the mocking libertine dueling Dolokhov, Roeen Nooran as the haughty servant, and Weston Scott as the mad Balag coachman. James Mayagoitia doubles as the aloof, sullen Andrey and his comically grumpy, shaky father, and Danielle Cheiken sympathetically suffers as Andrey’s modest and very battered sister.

The show is an emotional roller coaster, alternately hilarious and painful. Everything is driven by Malloy’s bizarre, noisy, enthusiastic music, echoing everything from Russian drunken songs to cabaret to klezmer tunes, minimalism and swing. Malloy fans couldn’t hear it and mistake it for anyone else. It is a pleasure to experience, especially in this space that has electrified his work in recent years.

“NATASHA, PIERRE AND THE GREAT COMET FROM 1812”

Duration: 2 hours and 40 minutes, one break