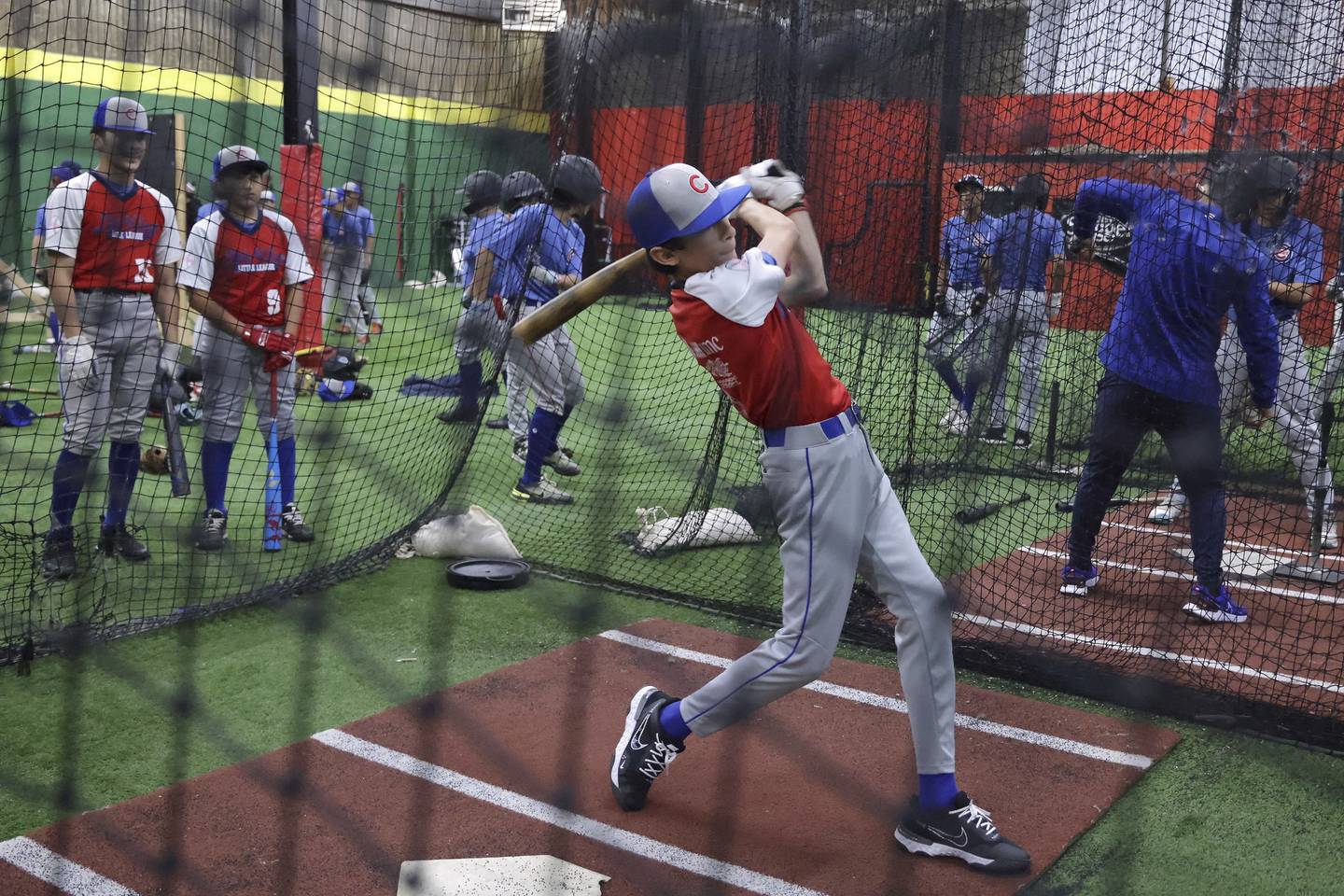 The game of baseball keeps the young boys of Little Village safe from street violence and gangs. It has also opened the door to opportunities that once seemed far away, said 13-year-old Freddy Garcia.

On Sunday, Garcia, along with friends Victor Cervantes and Ben DeMateo, traveled to Costa Rica to participate in the international baseball tournament, where they will represent Mexico.

“We’re very lucky,” said Freddy. “My parents are excited and say some kids don’t get that opportunity, so we have to take it.”

The boys, who have been playing side by side in parks on Chicago’s Southwest since the age of 4, are the only players from the United States representing Team Mexico in the Central American U-14 tournament, which runs through Sunday, said Matt DeMateo, executive director of New Life Church, which runs the Little Village Little League. The boys will face teams representing the Dominican Republic, the United States, Colombia, Panama and Puerto Rico.

For more than a decade, Little Village Little League has been a safe haven for boys, providing them with an environment far removed from what is often reported in the news – and instead supporting their development in sports and learning. More than 300 children participate in the league.

Ben said the journey the three boys are embarking on is more than just a game of baseball, it’s a testament to the work he and other community leaders are putting in to inspire change.

Freddy, Victor and Ben know it. Just before they left, Freddy and Victor shared their excitement about representing Mexico. “It’s a special feeling because I can represent where my parents came from and I will cherish every moment of it,” said Victor.

He recalls that when he started playing football, he did it just for fun. But he began to fall in love with the game. Victor’s father, Victor Cervantes Sr., said he was proud of his son. After immigrating to Chicago from Jalisco nearly 15 years ago, they settled in Little Village.

Cervantes senior said he was grateful his son could play in the tournament and praised the coaches for their work.

“Gracias a dios pudo ir, y espero que lo aprovechen, not todos los niños de su edad en el vecindario tiene esta oportunidad,” said Cervantes Sr. “Thank God he was able to go and I hope they take advantage of it, not all children his age in the neighborhood have such an opportunity.”

The trip is also proof that good news and good baseball players are thriving in Little Village through investment in youth, said Tony Rodriguez, one of the boys’ coaches.

“But the point of all this is that the boys will eventually get a scholarship and continue their education at a higher level,” said Rodriguez.

Rodriguez, who grew up in Little Village, wanted to ensure that the sport was not just entertainment, but rather a means of youth development that would ultimately change the narrative of the community.

To that end, Rodriguez helped create Little Village Sluggers, a year-round development program part of the Little Village Little League that recruits some of the strongest players to teach them the basics of the game and new skills, using his connections as a former college and semi-pro coach.

He also became a member of the coaching staff of the Cubs RBI All-Star Program in 2019. Cubs RBI is a Major League Baseball program designed to increase participation and interest in baseball and softball among youth through the Cubs Charities. Several RBI All Stars – including three boys – have emerged from LVLL and participate in RBI Scholars, which offers academic support to Cubs RBI athletes.

Rodriguez said the Cubs charity provided several resources and facilitated a partnership that allowed him and DeMateo to support their mission, including major facility upgrades at Piotrowski Park. Improvements to the park marked the beginning of a partnership between the Cubs Charities and the Little Village community in 2015. Since then, the organization has invested over $300,000 in capital and program grants to support things such as the Little Village Little League and the Cubs RBI program.

“Little Village is a great example of how sports can be a tool to empower youth, families and communities,” said Keri Blackwell, Cubs Deputy Director of Charities. “We are excited about the amazing adventure that awaits Ben, Victor and Freddy. Their love of the game and drive to grow is why we remain committed to improving the quality, safety and accessibility of youth baseball and softball throughout Chicago.

The international tournament became a reality due to Rodriguez’s ties to a baseball academy in Mexico. The ultimate goal is to connect players from Little Village and Mexico.

“We want to build a bridge between Chicago and Mexico – we have a group of partners and most of our players are Mexican – so we wanted to build a strong community of peace together with this group,” DeMateo said.

Freddy, Victor and Ben will be the first three players to interact with players from Costa Rica.

“Hopefully, with our skills, one day we’ll come out of this alive and show that the people of Little Village really can act,” said Freddy.