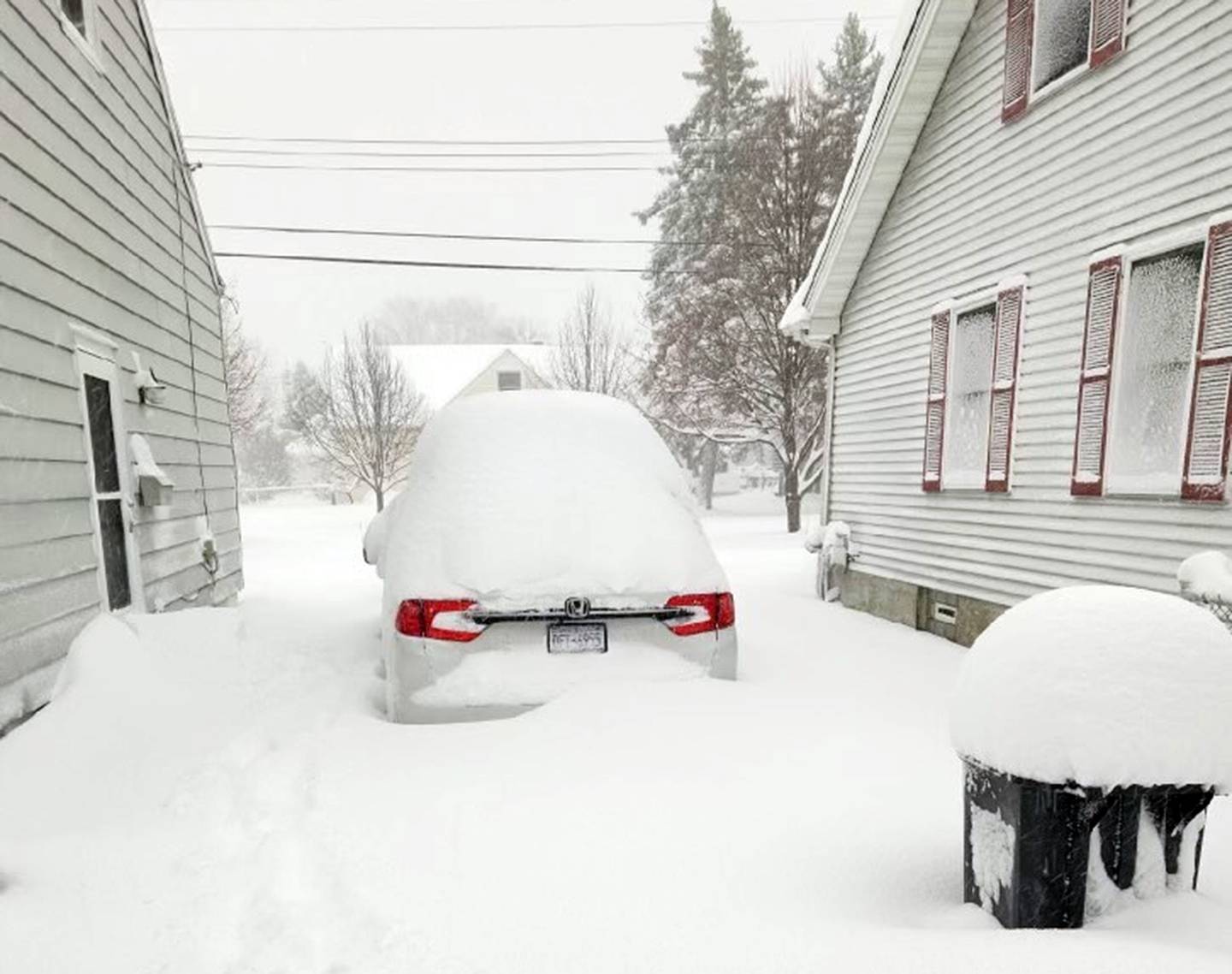 A powerful winter storm hit parts of western New York around Buffalo on Friday, dropping nearly 2 feet of snow by noon – with more to come in what is expected to be a “historic” snowfall.

“Historical snowfall of more than 4 feet is likely in the Buffalo area.”

The area surrounding Lake Ontario and Lake Erie fought off the storm’s force, with snowfall around 2 inches per hour in towns around Buffalo and Watertown. Residents in the region were awakened early Friday by powerful gusts of wind whipping heavy snowfall as well as occasional thunder.

More than 34 inches of snow has already fallen in Hamburg.

Schools were closed Thursday in anticipation of a potentially record-breaking storm. Amtrak stations in Buffalo, Niagara Falls and Depew also closed on Thursday and will remain closed on Friday. Numerous flights to and from Buffalo Niagara International Airport were also cancelled.

The NFL similarly announced it would move Sunday’s Buffalo Bills home game against the Cleveland Browns to Detroit. Half a foot of snow has already fallen at Orchard Park, where the Bills play.